The inverse relationship between the intensity and duration of light that determines the reaction of light-sensitive material.

In photography, reciprocity is the inverse relationship between the intensity and duration of light that determines the reaction of light-sensitive material. Within a normal exposure range for film stock, for example, the reciprocity law states that the film response will be determined by the total exposure, defined as intensity × time. Therefore, the same response (for example, the optical density of the developed film) can result from reducing the duration and increasing light intensity, and vice versa.

The reciprocal relationship is assumed in most sensitometry, for example when measuring a Hurter and Driffield curve (optical density versus the logarithm of total exposure) for a photographic emulsion. Total exposure of the film or sensor, the product of focal-plane illuminance times exposure time, is measured in lux seconds.

The idea of reciprocity, once known as Bunsen–Roscoe reciprocity, originated from the work of Robert Bunsen and Henry Roscoe in 1862.

Deviations from the reciprocity law were reported by Captain William de Wiveleslie Abney in 1893 and extensively studied by Karl Schwarzschild in 1899. Schwarzschild's model was found wanting by Abney and by Englisch, and better models have been proposed in subsequent decades of the early twentieth century. In 1913, Kron formulated an equation to describe the effect in terms of curves of constant density, which J. Halm adopted and modified, leading to the "Kron–Halm catenary equation" or "Kron–Halm–Webb formula" to describe departures from reciprocity.

In photography, reciprocity refers to the relationship whereby the total light energy – proportional to the total exposure, the product of the light intensity and exposure time, controlled by aperture and shutter speed, respectively – determines the effect of the light on the film. That is, an increase of brightness by a certain factor is exactly compensated by a decrease of exposure time by the same factor, and vice versa. In other words, there is under normal circumstances a reciprocal proportion between aperture area and shutter speed for a given photographic result, with a wider aperture requiring a faster shutter speed for the same effect. For example, an EV of 10 may be achieved with an aperture (f-number) of f/2.8 and a shutter speed of 1/125 s. The same exposure is achieved by doubling the aperture area to f/2 and halving the exposure time to 1/250 s, or by halving the aperture area to f/4 and doubling the exposure time to 1/60 s; in each case, the response of the film is expected to be the same.

For most photographic materials, reciprocity is valid with good accuracy over a range of values of exposure duration, but becomes increasingly inaccurate as this range is departed from: this is reciprocity failure (reciprocity law failure, or the Schwarzschild effect). As the light level decreases out of the reciprocity range, the increase in duration, and hence of total exposure, required to produce an equivalent response becomes higher than the formula states; for instance, at half of the light required for a normal exposure, the duration must be more than doubled for the same result. Multipliers used to correct for this effect are called reciprocity factors (see model below).

At very low light levels, film is less responsive. Light can be considered to be a stream of discrete photons, and a light-sensitive emulsion is composed of discrete light-sensitive grains, usually silver halide crystals. Each grain must absorb a certain number of photons in order for the light-driven reaction to occur and the latent image to form. In particular, if the surface of the silver halide crystal has a cluster of approximately four or more reduced silver atoms, resulting from absorption of a sufficient number of photons (usually a few dozen photons are required), it is rendered developable. At low light levels, i.e. few photons per unit time, photons impinge upon each grain relatively infrequently; if the four photons required arrive over a long enough interval, the partial change due to the first one or two is not stable enough to survive before enough photons arrive to make a permanent latent image center.

This breakdown in the usual tradeoff between aperture and shutter speed is known as reciprocity failure. Each different film type has a different response at low light levels. Some films are very susceptible to reciprocity failure, and others much less so. Some films that are very light sensitive at normal illumination levels and normal exposure times lose much of their sensitivity at low light levels, becoming effectively "slow" films for long exposures. Conversely, some films that are "slow" under normal exposure duration retain their light sensitivity better at low light levels.

For example, for a given film, if a light meter indicates a required EV of 5 and the photographer sets the aperture to f/11, then ordinarily a 4-second exposure would be required; a reciprocity correction factor of 1.5 would require the exposure to be extended to 6 seconds for the same result. Reciprocity failure generally becomes significant at exposures of longer than about 1 sec for film, and above 30 sec for paper.

Reciprocity also breaks down at extremely high levels of illumination with very short exposures. This is a concern for scientific and technical photography, but rarely to general photographers, as exposures significantly shorter than a millisecond are only required for subjects such as explosions and in particle physics, or when taking high-speed motion pictures with very high shutter speeds (1/10,000 sec or faster). 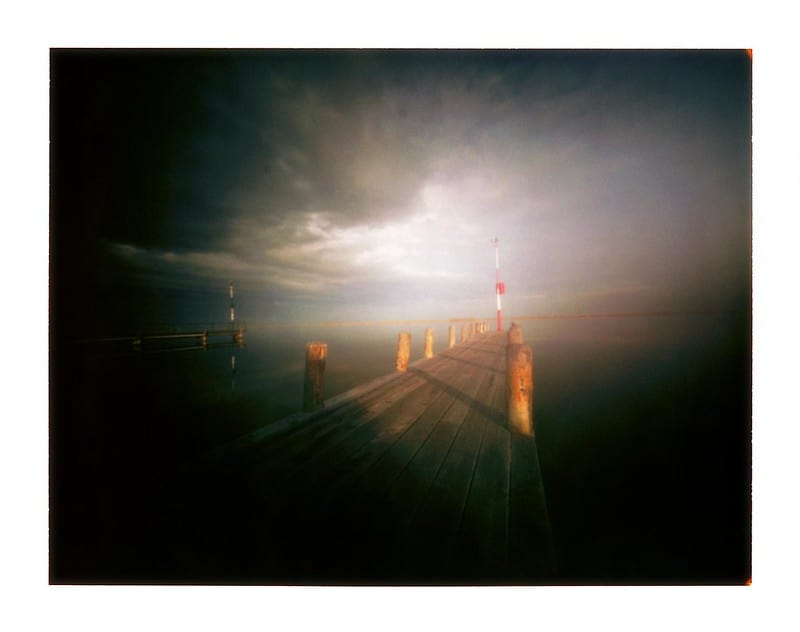 Reciprocity
see also
resources
source
Adapted from content published on wikipedia.org
credit
Last modified on June 15, 2021, 1:20 am
previous
next
Videocide.com is a service provided by Codecide, a company located in Chicago, IL USA.