In scriptwriting, a red herring is a false lead, assumed outcome or obvious solution that a writer plants in a story to fool the audience from guessing the real outcome.

In scriptwriting, a red herring is a false lead, assumed outcome or obvious solution that a writer plants in a story to fool the audience from guessing the real outcome.

A red herring is something that misleads or distracts from a relevant or important question. It may be either a logical fallacy or a literary device that leads readers or audiences toward a false conclusion. A red herring may be used intentionally, as in mystery fiction or as part of rhetorical strategies (e.g., in politics), or may be used in argumentation inadvertently.

The term was popularized in 1807 by English polemicist William Cobbett, who told a story of having used a kipper (a strong-smelling smoked fish) to divert hounds from chasing a hare.

As an informal fallacy, the red herring falls into a broad class of relevance fallacies. Unlike the straw man, which involves a distortion of the other party's position, the red herring is a seemingly plausible, though ultimately irrelevant, diversionary tactic. According to the Oxford English Dictionary, a red herring may be intentional, or unintentional; it is not necessarily a conscious intent to mislead.

The expression is mainly used to assert that an argument is not relevant to the issue being discussed. For example, "I think we should make the academic requirements stricter for students. I recommend you support this because we are in a budget crisis, and we do not want our salaries affected." The second sentence, though used to support the first sentence, does not address that topic.
Intentional device

In fiction and non-fiction, a red herring may be intentionally used by the writer to plant a false clue that leads readers or audiences towards a false conclusion. For example, the character of Bishop Aringarosa in Dan Brown's The Da Vinci Code is presented for most of the novel as if he is at the center of the church's conspiracies, but is later revealed to have been innocently duped by the true antagonist of the story. The character's name is a loose Italian translation of "red herring" (aringa rosa; rosa actually meaning pink, and very close to rossa, red).

A red herring is often used in legal studies and exam problems to mislead and distract students from reaching a correct conclusion about a legal issue, allegedly as a device that tests students' comprehension of underlying law and their ability to properly discern material factual circumstances. 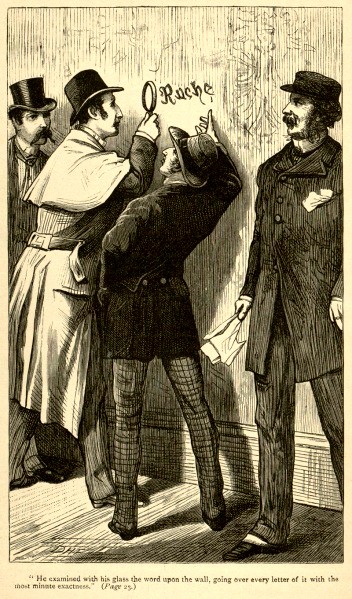 Red herring
see also
source
Adapted from content published on wikipedia.org
credit
Last modified on January 16, 2020, 9:16 am
previous
next
Videocide.com is a service provided by Codecide, a company located in Chicago, IL USA.