A strip of film wound upon a disc for attaching to a projector.

A reel is an object around which lengths of another material (usually long and flexible) are wound for storage. Generally, a reel has a cylindrical core and walls on the sides to retain the material wound around the core. In some cases, the core is hollow, although other items may be mounted on it, and grips may exist for mechanically turning the reel.

It is traditional to discuss the length of theatrical motion pictures in terms of "reels". The standard length of a 35 mm film reel is 1,000 feet (305 m), which runs approximately 11 minutes for a sound film (24 frames per second) and about 15 minutes for a silent film at the more-or-less standard speed of 16 frames per second. Most films have visible cues that mark the end of the reel. This allows projectionists running reel-to-reel to change over to the next reel on the other projector.

A so-called "two-reeler" would have run about 15–24 minutes since the actual short film shipped to a movie theater for exhibition may have had slightly less (but rarely more) than 1,000 ft (305 m) on it. Most modern projectionists use the term "reel" when referring to a 2,000-foot (610 m) "two-reeler", as modern films are rarely shipped by single 1,000-foot (305 m) reels. A standard Hollywood movie averages about five 2,000-foot reels in length.

The "reel" was established as a standard measurement because of considerations in printing motion picture film at a film laboratory, for shipping (especially the film case sizes) and for the size of the physical film magazine attached to the motion picture projector. Had it not been standardized (at 1,000 ft or 305 m of 35 mm film) there would have been many difficulties in the manufacture of the related equipment. A 16 mm "reel" is 400 feet (122 m). It runs, at sound speed, approximately the same amount of time (11–12 minutes) as a 1,000-foot (305 m) 35 mm reel.

A "split reel" is a motion picture film reel in two halves that, when assembled, hold a specific length of motion picture film that has been wound on a plastic core. Using a split reel allows the film to be shipped or handled in a lighter and smaller form than film would on a "fixed" reel. In silent film terminology, two films on one reel.

As digital cinema catches on, the physical reel is being replaced by a virtual format called Digital Cinema Package, which can be distributed using any storage medium (such as hard drives) or data transfer medium (such as the Internet or satellite links) and projected using a digital projector instead of a conventional movie projector.

Actors may submit a demo reel of their work to prospective employers, often in physical reel format. 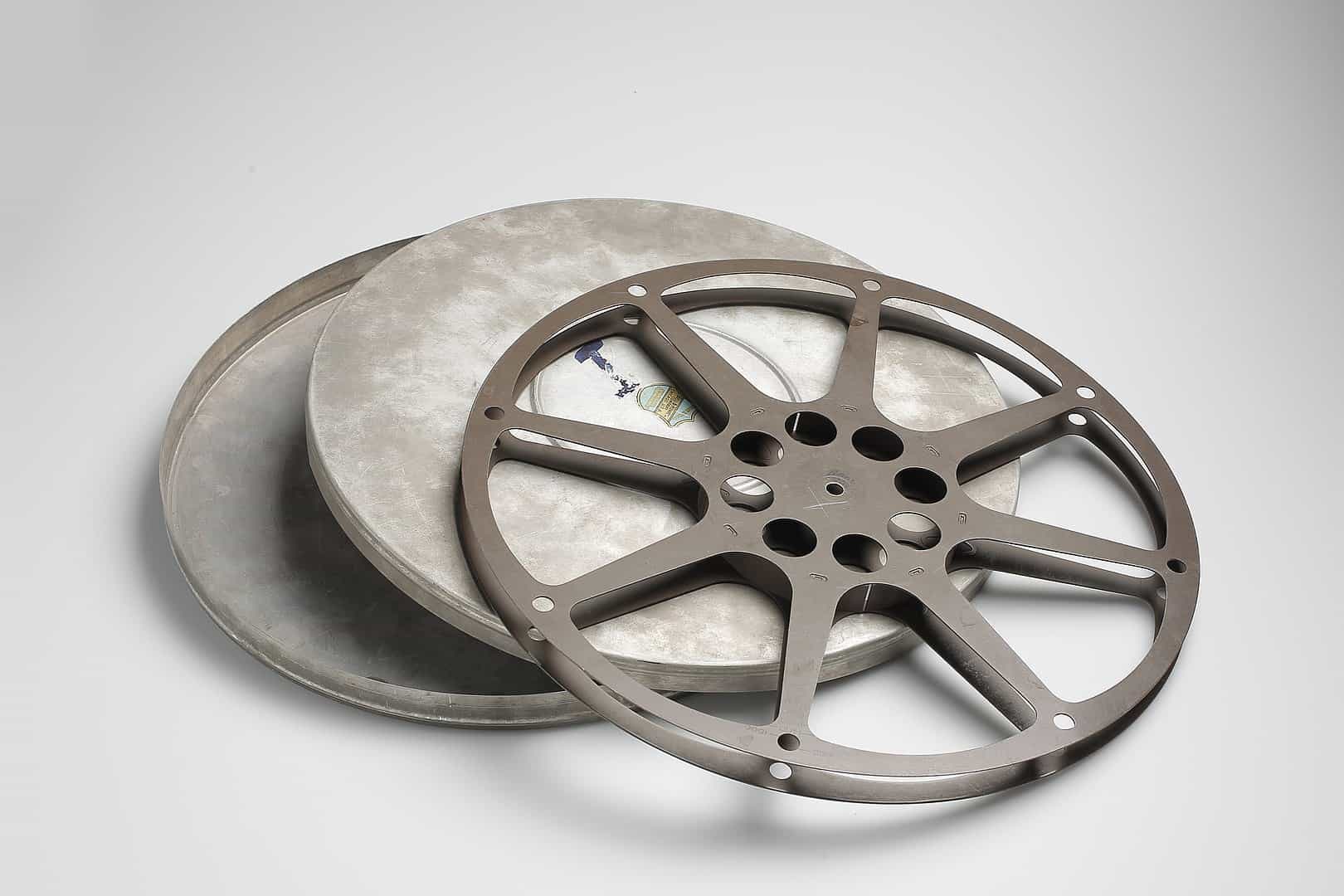 Reel
see also
source
Adapted from content published on wikipedia.org
credit
Last modified on November 15, 2019, 7:04 am
previous
next
Videocide.com is a service provided by Codecide, a company located in Chicago, IL USA.