Lighting accessory helpful for spreading light as well as filling in shadows.

In photography and cinematography, a reflector is an improvised or specialized reflective surface used to redirect light towards a given subject or scene.

Similar to a domestic lampshade, these reflectors are fixed to an artificial light source (for example, a filament bulb or flash tube) to direct and shape the otherwise scattered light, reflecting it off their concave inner surfaces and directing it towards the scene to be photographed. Although there are a large number of variants, the most common types are:

Also known as plane reflectors, "flats" or bounce boards, this kind of reflector is located independent of a light source; the light is reflected off its surface, either to achieve a broader light source, or control shadows and highlights, or both. This kind of reflector generally has a very low reflectivity factor that varies widely according to surface texture and color. As a result, it is most commonly used to control contrast in both artificial and natural lighting, in place of a fill light or "kick" light. In this case, light "spilling" from the main ambient or key light illuminating a scene is reflected back into the scene with varying degrees of precision and intensity, according to the chosen reflective surface and its position relative to the scene.

Reflectors may also be used as a means of increasing the size of the main light source, which may (or may not) retain a direct path to the scene. By positioning a board reflector close to a light source, its effective size can be increased by "bouncing" the light off it. A very common example of this technique is the traditional umbrella reflector, invented by George Larson, typically having a gold, silver or matte white interior onto which a lamp fitted with a circular reflector is projected, providing a broad, soft illumination. The lamp faces away from the scene to be photographed, allowing only reflected light to be thrown forward. Types of Reflector. 1 Dispersive reflector. 2 Holophane. 3 optical combination 4 concentrating 5 Angle.

Techniques with board reflectors

Reflectors vary enormously in size, color, reflectivity, and portability. In tabletop still life photography, small mirrors and card stock are used extensively, both to reduce lighting contrast and create highlights on reflective subjects such as glassware and jewelry. Larger-scale subjects such as motor vehicles require the use of huge "flats", often requiring specialized motorized winches to position them accurately.
Location photography calls for much more portable materials and a large range of lightweight, folding reflectors are commercially available in a variety of colors.

Photographers make regular use of walls, ceilings and even entire rooms as reflectors, especially with the interior of buildings which may lack sufficient available light. Often known as "bounce flash" photography, but equally common with Tungsten lights in cinematography, this technique was pioneered by Subrata Mitra in 1956.

The area to be photographed is lit by walls off-camera, which then provide illumination similar to that of a large window. When "bounced" off a ceiling, the lighting resembles that of fluorescent tubes. As this very broad, flat lighting is more typical of an overcast day outdoors, a more realistic interior illumination is achieved by reducing the power of additional lighting relative to the available light, so that either source may act as a fill to the other. Hence bounce lighting may provide either the primary or secondary (fill) light source, depending on its intensity.

Walls also make ideal reflectors outdoors, reflecting sunlight back upon a subject and reducing shadows (and hence overall contrast) according to the color, size, and proximity of the wall. A more readily available alternative is the portable, lightweight, collapsible reflector, commercially available in a range of sizes and colors, or improvised using a sheet of card stock or even a bedsheet. Stands may be erected to retain these reflectors, although it is often much more convenient and practical to have an assistant hold and move them. 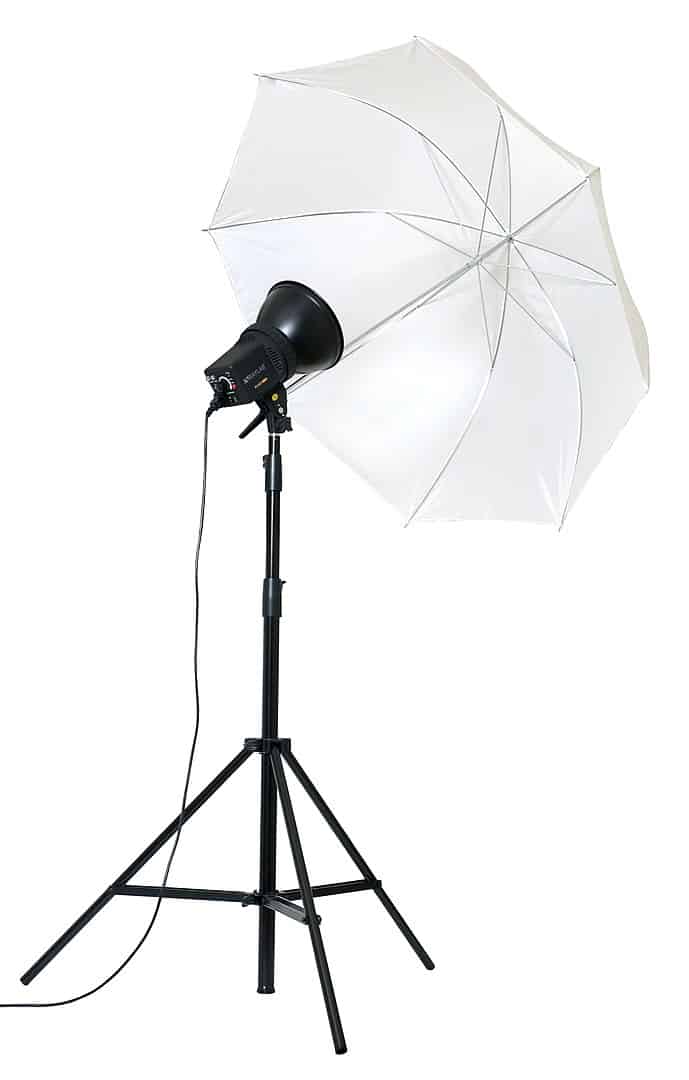 Reflector
see also
source
Adapted from content published on wikipedia.org
credit
Last modified on September 26, 2019, 1:36 am
previous
next
Videocide.com is a service provided by Codecide, a company located in Chicago, IL USA.