A common type of coaxial cable used in residential and commercial applications.

RG-6/U is a common type of coaxial cable used in a wide variety of residential and commercial applications. An RG-6/U coaxial cable has a characteristic impedance of 75 ohms. The term, RG-6, is generic and is applied to a wide variety of cable designs, which differ from one another in shielding characteristics, center conductor composition, dielectric type, and jacket type. RG was originally a unit indicator for bulk radio frequency (RF) cable in the U.S. military's Joint Electronics Type Designation System. The suffix /U means for general utility use. The number was assigned sequentially. The RG unit indicator is no longer part of the JETDS system (MIL-STD-196E) and cable sold today under the RG-6 label is unlikely to meet military specifications. In practice, the term RG-6 is generally used to refer to coaxial cables with an 18 AWG (1.024 mm) center conductor and 75-ohm characteristic impedance.

Cables typically have connectors at each end. 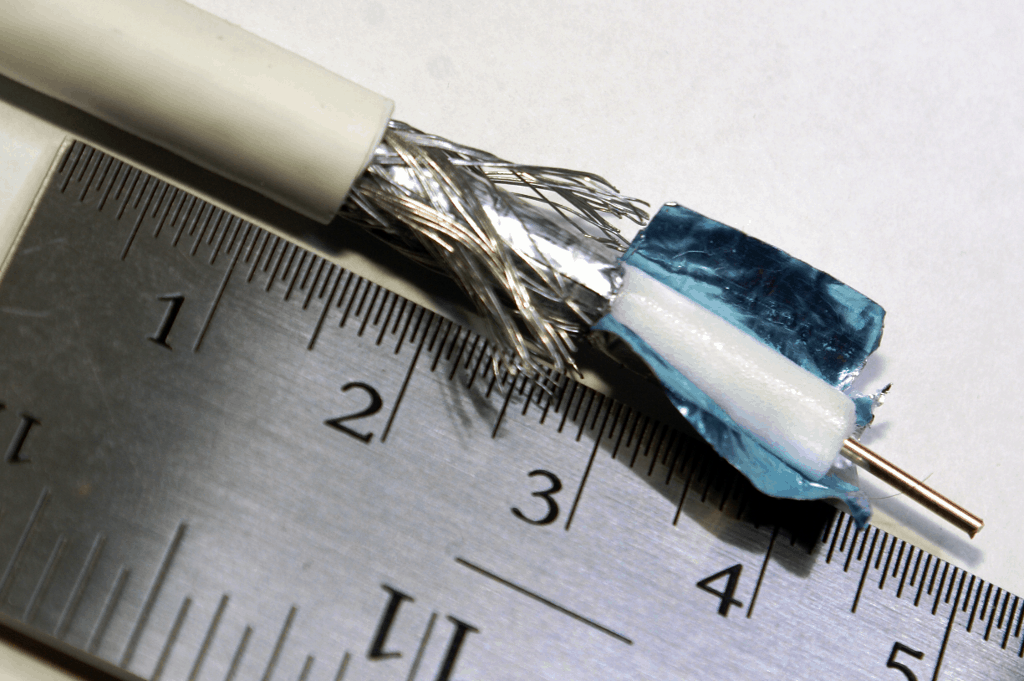 RG-6
see also
source
Adapted from content published on wikipedia.org
credit
Last modified on August 11, 2020, 3:37 am
previous
next
Videocide.com is a service provided by Codecide, a company located in Chicago, IL USA.