Separate Video
A signaling standard for standard definition video, typically 480i or 576i.

S-Video (also known as separate video and Y/C) is a signaling standard for standard definition video, typically 480i or 576i. By separating the black-and-white and coloring signals, it achieves better image quality than composite video, but has lower color resolution than component video.

Standard analog television signals go through several processing steps on their way to being broadcast, each of which discards information and lowers the quality of the resulting images.

The image is originally captured in RGB form and then processed into three signals known as YPbPr. The first of these signals is called Y, which is created from all three original signals based on a formula that produces an overall brightness of the image, or luma. This signal closely matches a traditional black and white television signal and the Y/C method of encoding was key to offering backward compatibility. Once the Y signal is produced, it is subtracted from the blue signal to produce Pb and from the red signal to produce Pr. To recover the original RGB information for display, the signals are mixed with the Y to produce the original blue and red, and then the sum of those is mixed with the Y to recover the green.

A signal with three components is no easier to broadcast than the original three-signal RGB, so additional processing is required. The first step is to combine the Pb and Pr to form the C signal, for chrominance. The phase and amplitude of the signal represent the two original signals. This signal is then bandwidth-limited to comply with requirements for broadcasting. The resulting Y and C signals are mixed together to produce composite video. To play back composite video, the Y and C signals must be separated, and this is difficult to do without adding artifacts.

Each of these steps is subject to deliberate or unavoidable loss of quality. To retain that quality in the final image, it is desirable to eliminate as many of the encoding/decoding steps as possible. S-Video is an approach to this problem. It eliminates the final mixing of C with Y and subsequent separation at playback time.

Y is the luma signal, which carries the luminance – or black-and-white – of the picture, including synchronization pulses.

C is the chroma signal, which carries the chrominance – or coloring-in – of the picture. This signal contains both the saturation and the hue of the video.

The luminance signal carries horizontal and vertical sync pulses in the same way as a composite video signal. Luma is a signal carrying luminance after gamma correction, and is therefore termed "Y" because of the similarity to the lower-case Greek letter gamma.

In composite video, the signals co-exist on different frequencies. To achieve this, the luminance signal must be low-pass filtered, dulling the image. As S-Video maintains the two as separate signals, such detrimental low-pass filtering for luminance is unnecessary, although the chrominance signal still has limited bandwidth relative to component video.

Compared with component video, which carries the identical luminance signal but separates the color-difference signals into Cb/Pb and Cr/Pr, the color resolution of S-Video is limited by the modulation on a subcarrier frequency of 3.57 to 4.43 megahertz, depending on the standard. This difference is meaningless on home videotape systems, as the chrominance is already severely constrained by both VHS and Betamax.

Carrying the color information as one signal means that the color has to be encoded in some way, typically in accord with NTSC, PAL, or SECAM, depending on the applicable local standard. 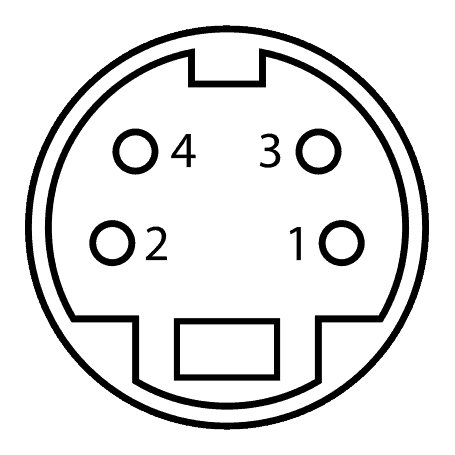 S-Video
also known as
see also
resources
source
Adapted from content published on wikipedia.org
Last modified on July 6, 2019, 6:57 am
previous
next
Videocide.com is a service provided by Codecide, a company located in Chicago, IL USA.