A phenomenon in photography in which the image recorded on a negative or on a photographic print is wholly or partially reversed in tone.

Initially, the term "solarization" was used to describe the effect observed in cases of extreme overexposure of the photographic film or plate in the camera.

The effect generated in the dark room was then called pseudo-solarization. Spencer defines the Sabattier effect as: "Partial image reversal produced by brief exposure to the white light of a partly developed silver halide image". Many other ways of chemical and actinic radiation "exposure" can be utilized for the partial image reversal. The use of chemicals for image reversal is also known as 'chemical fogging'. Another usable definition is by Wijnekus & Wijnekus: If an exposed, incompletely developed, and washed, but not the fixed film is given a second uniform exposure and developed again, a reversal of the original image may be obtained. The reversal may be partial or complete, depending on the relative magnitude of the first and second exposures.

Careful choice of the amount of light used and the precise moment in development to provide the additional exposure gives rise to different outcomes. However, pseudo-solarization is very difficult to manage to yield consistent results.

As a guide, an exposure of one second to a 25-watt incandescent lamp at two meters distance at around the end of the first minute of a 2-minute development can produce acceptable results. If the exposure is made with the developing print still in the tray of developer, it is important to stop agitation at least 10 seconds prior to exposure to allow any bubbles on the surface to disperse and to ensure that the print is lying flat. Pseudo-solarizing color prints are more difficult because of the more careful control of temperature and timing that is required and because most amateur processing is undertaken in a processing drum rather than a dish. As light source also an enlarger without negative in the carrier can be used. Safety advises using high contrast papers for a more dramatic effect. He also advises diluting the developer to twice the manufacturer's recommendations. In addition, he advises placing the paper after initial development in a tray of water for 10 seconds before re-exposing the paper. However, this has been reported to affect the result in a negative way. Better is to perform the second exposure in the developing solution.

In color photography, different colored lights can be used to affect pseudo-solarization, but the results become even less predictable.

In scientific photography, it was observed that when using photographic films with very high contrast (also known as lith films), the image produced by the Sabattier effect exhibited a multitude of lines of various width, representing a specific amount of exposure within a certain range. This led to the use of the Sabattier effect in the fields of Photogrammetry and Equidensitometry. 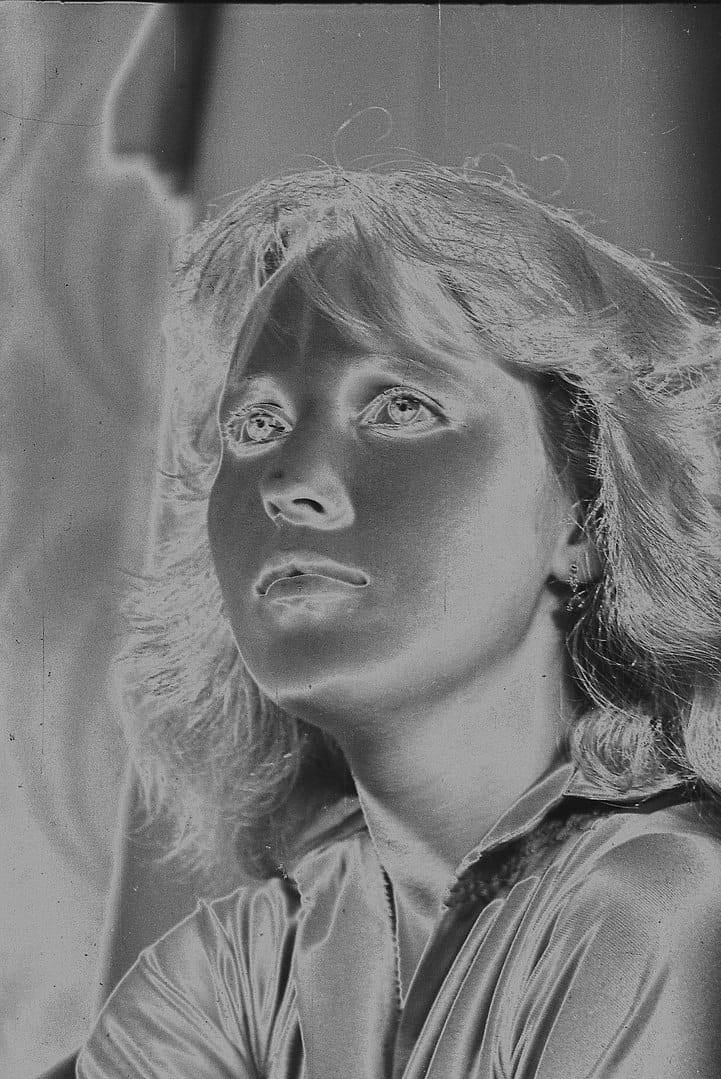