In television broadcasting, an area far enough away from any edge so that text or graphics can display perfectly or at least without distortion.

The title-safe area or graphics-safe area is, in television broadcasting, an area that is far enough away from the four edges that text or graphics will show without distortion. It is typically used against a worst-case scenario of where on the screen the content will be located and what type of content it will be. Corners typically need more space from the edges, but due to the increased quality of the average display, this is no longer the concern it used to be, even on CRTs.

If the editor of the content does not take care to ensure that all titles are inside the title-safe area, some titles in the content could have their edges chopped off when viewed on some screens.

Video editing programs that can output video for either television or the Web can take the title-safe area into account. In Apple's consumer-grade NLE software iMovie, the user is advised to uncheck the QT Margins checkbox for content meant for television, and to check it for content meant only for QuickTime on a computer. Final Cut Pro can show two overlay rectangles in both its Viewer and Canvas; the inner rectangle is the title-safe area and the outer rectangle is the action-safe area.

In the illustration, the green area is referred to as the "title-safe" area (note that these colors are for illustration only and do not appear on the television screens). This area will be seen by all television screens, no matter when they were made unless the user has modified the settings. The term "title-safe" originated from the fact this is where it is safe to display text such as lower thirds or full-screen graphics listing information such as telephone numbers. 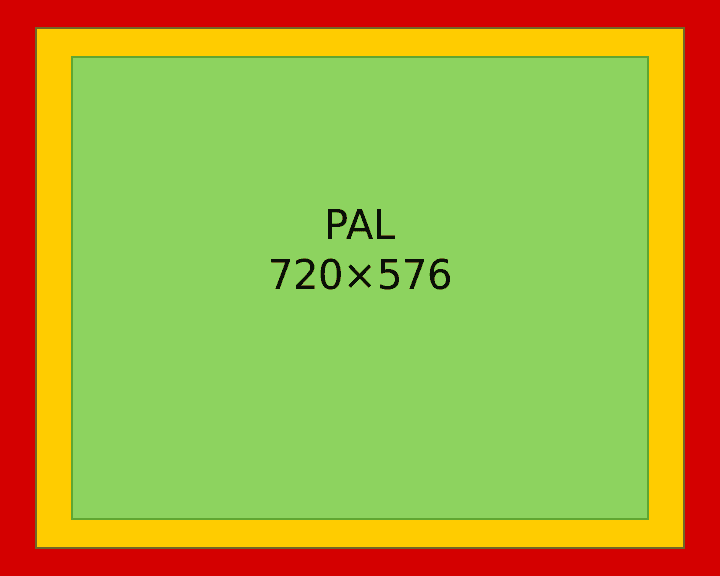