A screenplay, or script, is a written work by screenwriters for a film, television program or video game. These screenplays can be original works or adaptations from existing pieces of writing. In them, the movement, actions, expression and dialogues of the characters are also narrated. A screenplay written for television is also known as a teleplay.

The format is structured so that one page equates to roughly one minute of screen time, though this is only used as a ballpark estimate and often bears little resemblance to the running time of the final movie. The standard font is 12 point, 10 pitch Courier Typeface.

The major components are action (sometimes called "screen direction") and dialogue. The action is written in the present tense and is limited to what can be heard or seen by the audience, for example descriptions of settings, character movements, or sound effects. The dialogue is the words the characters speak, and is written in a center column.

Unique to the screenplay (as opposed to a stage play) is the use of slug lines. A slug line, also called a master scene heading, occurs at the start of every scene and typically contains three pieces of information: whether the scene is set inside (interior/INT.) or outside (exterior/EXT.), the specific location, and the time of day. Each slug line begins a new scene. In a "shooting script" the slug lines are numbered consecutively for ease of reference.

American screenplays are printed single-sided on three-hole-punched paper using the standard American letter size (8.5 x 11 inch). They are then held together with two brass brads in the top and bottom hole. The middle hole is left empty as it would otherwise make it harder to quickly read the script.

In the United Kingdom, double-hole-punched A4 paper is normally used, which is slightly taller and narrower than US letter size. Some UK writers format the scripts for use in the US letter size, especially when their scripts are to be read by American producers, since the pages would otherwise be cropped when printed on US paper. Because each country's standard paper size is difficult to obtain in the other country, British writers often send an electronic copy to American producers, or crop the A4 size to US letter.

A British script may be bound by a single brad at the top left hand side of the page, making flicking through the paper easier during script meetings. Screenplays are usually bound with a light card stock cover and back page, often showing the logo of the production company or agency submitting the script, covers are there to protect the script during handling which can reduce the strength of the paper. This is especially important if the script is likely to pass through the hands of several people or through the post.

Increasingly, reading copies of screenplays (that is, those distributed by producers and agencies in the hope of attracting finance or talent) are distributed printed on both sides of the paper (often professionally bound) to reduce paper waste. Occasionally they are reduced to half-size to make a small book which is convenient to read or put in a pocket; this is generally for use by the director or production crew during shooting.

Although most writing contracts continue to stipulate physical delivery of three or more copies of a finished script, it is common for scripts to be delivered electronically via email.
Screenplay formats

Screenplays and teleplays use a set of standardizations, beginning with proper formatting. These rules are in part to serve the practical purpose of making scripts uniformly readable "blueprints" of movies, and also to serve as a way of distinguishing a professional from an amateur. 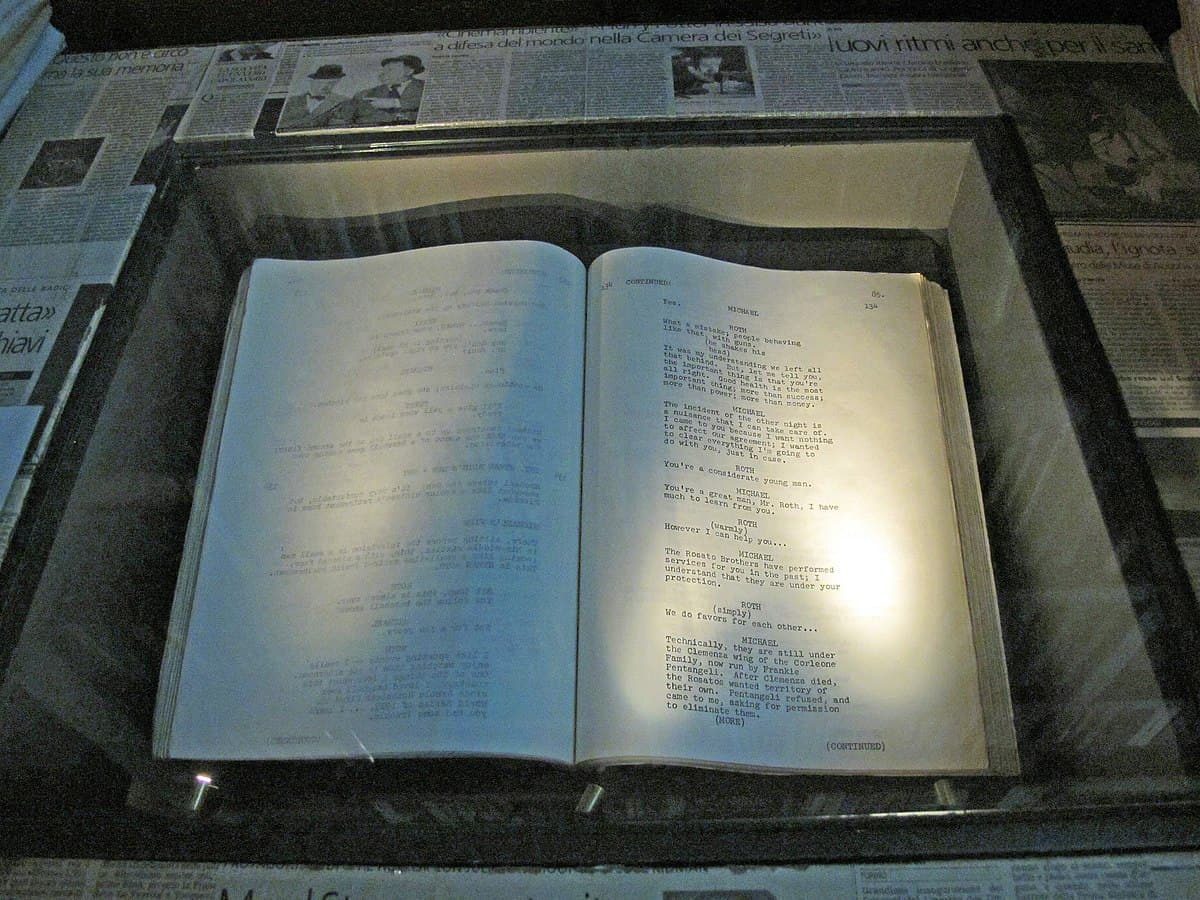