The hardware or software based brain of a MIDI studio. It receives, stores and plays back MIDI information in a desired sequence.

A music sequencer (or audio sequencer or simply sequencer) is a device or application software that can record, edit, or play back music, by handling note and performance information in several forms, typically CV/Gate, MIDI, or Open Sound Control (OSC), and possibly audio and automation data for DAWs and plug-ins. (See §Types of music sequencer.)

The advent of Musical Instrument Digital Interface (MIDI) and the Atari ST home computer in the 1980s gave programmers the opportunity to design software that could more easily record and play back sequences of notes played or programmed by a musician. This software also improved on the quality of the earlier sequencers which tended to be mechanical sounding and were only able to play back notes of exactly equal duration. Software-based sequencers allowed musicians to program performances that were more expressive and more human. These new sequencers could also be used to control external synthesizers, especially rackmounted sound modules, and it was no longer necessary for each synthesizer to have its own devoted keyboard.

As the technology matured, sequencers gained more features, such as the ability to record multitrack audio. Sequencers used for audio recording are called digital audio workstations (or DAWs).

Many modern sequencers can be used to control virtual instruments implemented as software plug-ins. This allows musicians to replace expensive and cumbersome standalone synthesizers with their software equivalents.

Today the term "sequencer" is often used to describe software. However, hardware sequencers still exist. Workstation keyboards have their own proprietary built-in MIDI sequencers. Drum machines and some older synthesizers have their own step sequencer built in. There are still also standalone hardware MIDI sequencers, although the market demand for those has diminished greatly due to the greater feature set of their software counterparts. 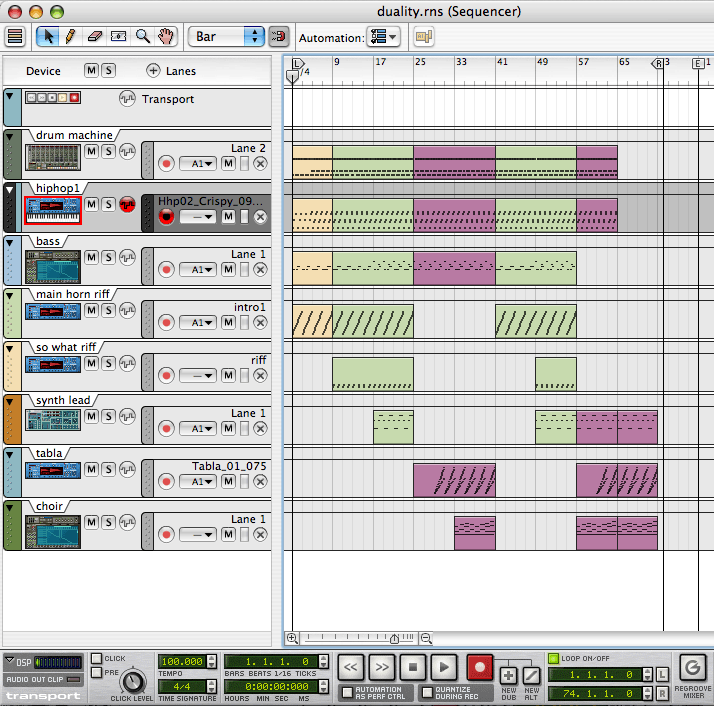