In a camera, the mechanical component that allows light to reach the sensors for a set amount of time.

In photography, a shutter is a device that allows light to pass for a determined period, exposing photographic film or a photosensitive digital sensor to light in order to capture a permanent image of a scene. A shutter can also be used to allow pulses of light to pass outwards, as seen in a movie projector or a signal lamp. A shutter of variable speed is used to control exposure time of the film. The shutter is constructed so that it automatically closes after a certain required time interval. The speed of the shutter is controlled by a ring outside the camera, on which various timings are marked.

Camera shutters can be fitted in several positions:

Behind-the-lens shutters were used in some cameras with limited lens interchangeability. Shutters in front of the lens, sometimes simply a lens cap that is removed and replaced for the long exposures required, were used in the early days of photography. Other mechanisms than the dilating aperture and the sliding curtains have been used; anything which exposes the film to light for a specified time will suffice.

The time for which a shutter remains open (exposure time, often called "shutter speed") is determined by a timing mechanism. These were originally pneumatic (Compound shutter) or clockwork, but since the late twentieth century are mostly electronic. Mechanical shutters typically had a Time setting, where the shutter opened when the button was pressed and remained open until it was pressed again, Bulb where the shutter remained open as long as the button was pressed (originally actuated by squeezing an actual rubber bulb), and Instantaneous exposure, with settings ranging from 30" to 1/4000" for the best leaf shutters, faster for focal-plane shutters, and more restricted for basic types. The reciprocal of exposure time in seconds is often used for engraving shutter settings. For example, a marking of "250" denotes 1/250". This does not cause confusion in practice.

The exposure time and the effective aperture of the lens must together be such as to allow the right amount of light to reach the film or sensor. Additionally, the exposure time must be suitable to handle any motion of the subject. Usually it must be fast enough to "freeze" rapid motion, unless a controlled degree of motion blur is desired, for example to give a sensation of movement.

Most shutters have a flash synchronization switch to trigger a flash, if connected. This was quite a complicated matter with mechanical shutters and flashbulbs which took an appreciable time to reach full brightness, focal-plane shutters making this even more difficult. Special flashbulbs were designed which had a prolonged burn, illuminating the scene for the whole time taken by a focal plane shutter slit to move across the film. These problems were essentially solved for non-focal-plane shutters with the advent of electronic flash units which fire virtually instantaneously and emit a very short flash.

Cinematography uses a rotary disc shutter in movie cameras, a continuously spinning disc which conceals the image with a reflex mirror during the intermittent motion between frame exposure. The disc then spins to an open section that exposes the next frame of film while it is held by the registration pin. 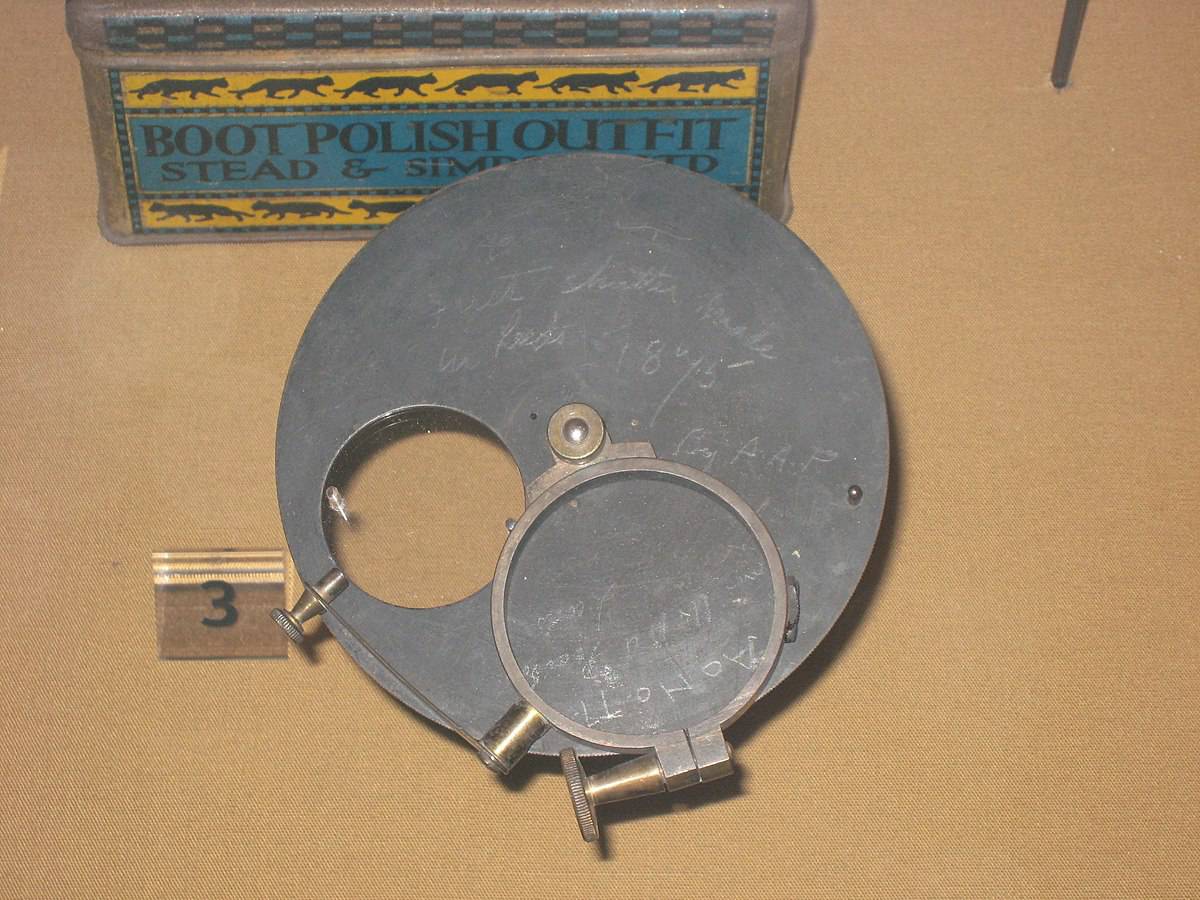 glossary_ S - 400
see also
source
Adapted from content published on wikipedia.org
Last modified on May 22, 2019, 7:54 am
previous
next
Videocide.com is a service provided by Codecide, a company located in Chicago, IL USA.