Board
A device designed to keep track and synchronize the different scenes and takes in post-production.

A slate is a board with a hinge and sticks on either end. The device is designed to keep track and synchronize the different scenes and takes in post-production. The slate has a hinged clapper that indicates to the editor the scene, sequence, takes, or other designation of that particular shot. It also contained blank cards on which both shot details and relevant production notes could be written.

When a movie's sound and picture are out of synchronization, this is known as lip flap. Clapperboards have been essential to filmmaking since the earliest sound films because (until the advent of digital cinematography) visual and audio tracks were recorded on separate media by separate equipment.

The release of the Aretha Franklin 1972 concert film Amazing Grace was delayed for 46 years due to young Academy Award-nominated director Sydney Pollack forgetting to use clapperboards, making the film impossible to edit until modern digital methods were invented. 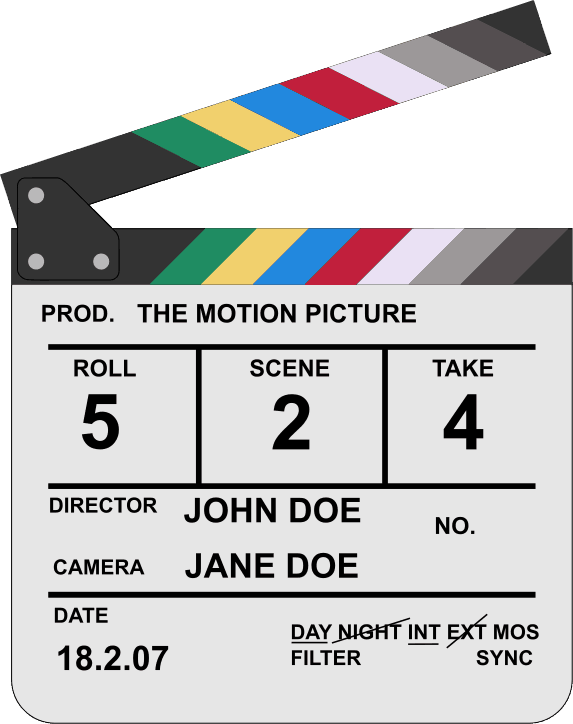 Slate
also known as
see also
resources
source
Adapted from content published on wikipedia.org
credit
Last modified on May 7, 2021, 6:25 pm
previous
next
Videocide.com is a service provided by Codecide, a company located in Chicago, IL USA.