A photographic and cinematographic process where a moveable slide, into which a slit has been cut, is inserted between the camera and the subject to be photographed.

The slit-scan photography technique is a photographic and cinematographic process where a moveable slide, into which a slit has been cut, is inserted between the camera and the subject to be photographed.

More generally, "slit-scan photography" refers to cameras that use a slit, which is particularly used in scanning cameras in panoramic photography. This has numerous applications. This article discusses the manual artistic technique.

Originally used in static photography to achieve blurriness or deformity, the slit-scan technique was perfected for the creation of spectacular animations. It enables the cinematographer to create a psychedelic flow of colors. Though this type of effect is now often created through computer animation, slit-scan is a mechanical technique.

John Whitney developed it for the film Vertigo for the opening credits. He sent some test sequences on film to Stanley Kubrick. The technique was adapted by Douglas Trumbull for 2001: A Space Odyssey in 1968 for the "stargate" sequence. It required a custom-built machine.

This type of effect was revived in other productions, for films and television alike. For instance, slit-scan was used by Bernard Lodge to create the Doctor Who title sequences for Jon Pertwee and Tom Baker used between December 1973 and January 1980. Slit-scan was also used in Star Trek: The Next Generation (1987–1994) to create the "stretching" of the starship Enterprise-D when it engaged warp drive. Due to the expense and difficulty of this technique, the same three warp-entry shots, all created by Industrial Light and Magic for the series pilot, were reused throughout the series virtually every time the ship went into warp. Slit-scan photography was also used on Interstellar for scenes in the tesseract at the end of the movie.

Slit-scan is an animation created image by image. Its principle is based upon the camera’s relative movement in relation to a light source, combined with long exposure time. The process is as follows:

Naturally, this effect is very time-consuming, and thus expensive, to create. A 10-second sequence at 24 frames per second requires a minimum of 240 adjustments. 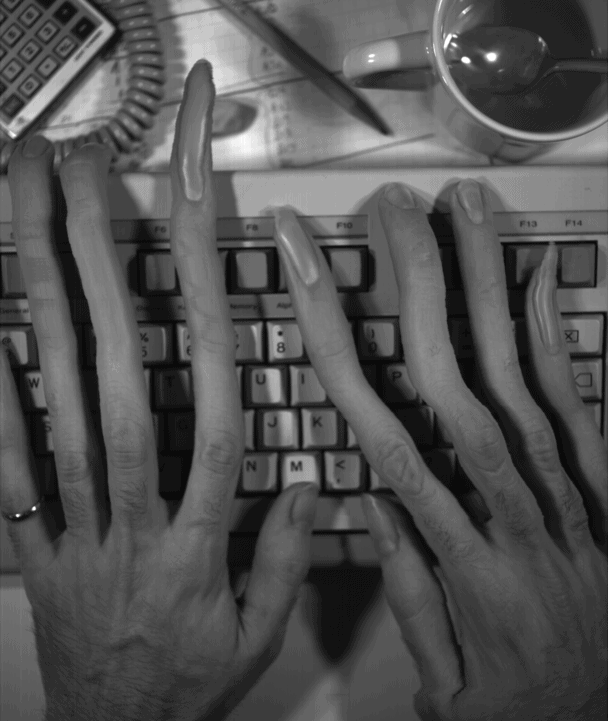