A film sound specialist responsible for the development and augmentation of all soundtrack material, or a significant portion thereof, and is ultimately in charge of the entire sound production.

A film sound specialist responsible for the development and augmentation of all soundtrack material, or a significant portion thereof, and is ultimately in charge of the entire sound production. Occasionally, it is used to refer to a person who is responsible for creating unique sounds or sound elements which are incorporated into a sound track.

Sound design is the art and practice of creating sound tracks for a variety of needs. It involves specifying, acquiring or creating auditory elements using audio production techniques and tools. It is employed in a variety of disciplines including filmmaking, television production, video game development, theatre, sound recording and reproduction, live performance, sound art, post-production, radio and musical instrument development. Sound design commonly involves performing (see e.g. foley) and editing of previously composed or recorded audio, such as sound effects and dialogue for the purposes of the medium. A sound designer is one who practices sound design.

The use of sound to evoke emotion, reflect mood and underscore actions in plays and dances began in prehistoric times. At its earliest, it was used in religious practices for healing or recreation. In ancient Japan, theatrical events called kagura were performed in Shinto shrines with music and dance.

Italian composer Luigi Russolo built mechanical sound-making devices, called "intonarumori," for futurist theatrical and music performances starting around 1913. These devices were meant to simulate natural and man-made sounds, such as trains and bombs. Russolo's treatise, The Art of Noises, is one of the earliest written documents on the use of abstract noise in the theatre. After his death, his intonarumori' were used in more conventional theatre performances to create realistic sound effects.

MIDI and digital audio technology have contributed to the evolution of sound production techniques in the 1980s and 1990s. Digital audio workstations and a variety of digital signal processing algorithms applied in them allow more complicated sound tracks with more tracks as well as auditory effects to be realized. Features such as unlimited undo and sample-level editing allow fine control over the sound tracks.

In theatre sound, features of computerized theatre sound design systems have also been recognized as being essential for live show control systems at Walt Disney World and, as a result, Disney utilized systems of that type to control many facilities at their Disney-MGM Studios theme park, which opened in 1989. These features were incorporated into the MIDI Show Control (MSC) specification, an open communications protocol used to interact with diverse devices. The first show to fully utilize the MSC specification was the Magic Kingdom Parade at Walt Disney World's Magic Kingdom in September, 1991.

The rise of interest in game audio has also brought more advanced interactive audio tools that are also accessible without a background in computer programming. Some of such software tools (termed "implementation tools" or "audio engines") feature a workflow that's similar to that in more conventional digital audio workstation programs and can also allow the sound production personnel to undertake some of the more creative interactive sound tasks (that are considered to be part of sound design for computer applications) that previously would have required a computer programmer. Interactive applications have also given rise to a plethora of techniques in "dynamic audio" that loosely means sound that's "parametrically" adjusted during the run-time of the program. This allows for a broader expression in sounds, more similar to that in films, because this way the sound designer can e.g. create footstep sounds that vary in a believable and non-repeating way and that also corresponds to what's seen in the picture. The digital audio workstation cannot directly "communicate" with game engines, because the game's events occur often in an unpredictable order, whereas traditional digital audio workstations as well as so called linear media (TV, film etc.) have everything occur in the same order every time the production is run. Especially games have also brought in dynamic or adaptive mixing.

The World Wide Web has greatly enhanced the ability of sound designers to acquire source material quickly, easily and cheaply. Nowadays, a designer can preview and download crisper, more "believable" sounds as opposed to toiling through time- and budget-draining "shot-in-the-dark" searches through record stores, libraries and "the grapevine" for (often) inferior recordings. In addition, software innovation has enabled sound designers to take more of a DIY (or "do-it-yourself") approach. From the comfort of their home and at any hour, they can simply use a computer, speakers and headphones rather than renting (or buying) costly equipment or studio space and time for editing and mixing. This provides for faster creation and negotiation with the director. 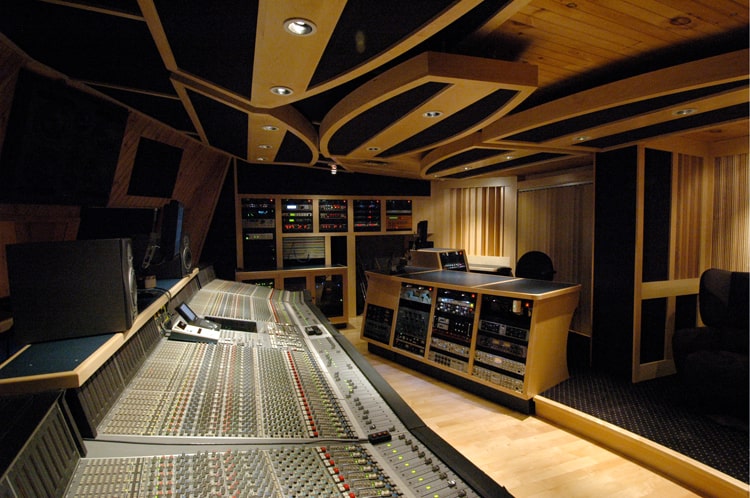 Sound Designer
see also
resources
source
Adapted from content published on wikipedia.org
Last modified on July 14, 2019, 12:45 am
previous
next
Videocide.com is a service provided by Codecide, a company located in Chicago, IL USA.