A short burst of voltage, current or energy on a transmission line or circuit.

Fast, short duration electrical transients (overvoltages) in the electric potential of a circuit are typically caused by

In the design of critical infrastructure and military hardware, one concern is of pulses produced by nuclear explosions, whose nuclear electromagnetic pulses distribute large energies in frequencies from 1 kHz into the gigahertz range through the atmosphere.

The effect of a voltage spike is to produce a corresponding increase in current (current spike). However some voltage spikes may be created by current sources. Voltage would increase as necessary so that a constant current will flow. Current from a discharging inductor is one example.

For sensitive electronics, excessive current can flow if this voltage spike exceeds a material's breakdown voltage, or if it causes avalanche breakdown. In semiconductor junctions, excessive electric current may destroy or severely weaken that device. An avalanche diode, transient voltage suppression diode, transil, varistor, overvoltage crowbar, or a range of other overvoltage protective devices can divert (shunt) this transient current thereby minimizing voltage.

Voltage spikes, also known as surges, may be created by a rapid buildup or decay of a magnetic field, which may induce energy into the associated circuit. However voltage spikes can also have more mundane causes such as a fault in a transformer or higher-voltage (primary circuit) power wires falling onto lower-voltage (secondary circuit) power wires as a result of accident or storm damage.

Voltage spikes may be longitudinal (common) mode or metallic (normal or differential) mode. Some equipment damage from surges and spikes can be prevented by use of surge protection equipment. Each type of spike requires selective use of protective equipment. For example, a common mode voltage spike may not even be detected by a protector installed for normal mode transients.

Power increases or decreases which last multiple cycles are called swells or sags, respectively. An uninterrupted voltage increase that lasts more than a minute is called an overvoltage. These are usually caused by malfunctions of the electric power distribution system. 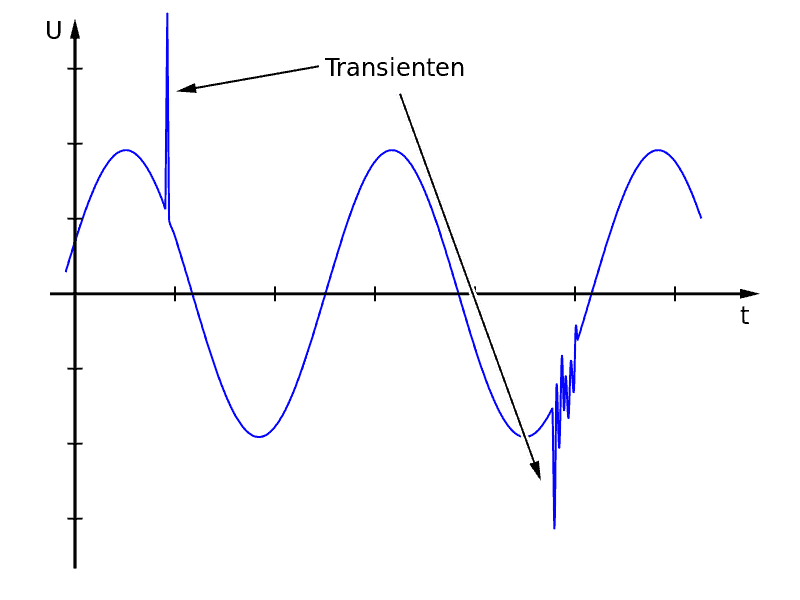 glossary_ S - 400
see also
source
Adapted from content published on wikipedia.org
Last modified on May 22, 2019, 8:09 am
previous
next
Videocide.com is a service provided by Codecide, a company located in Chicago, IL USA.