A flanged roll on which film is wound for general handling or projection.

A flanged roll on which film is wound for general handling or projection.

A reel is an object around which lengths of another material (usually long and flexible) are wound for storage. Generally, a reel has a cylindrical core and walls on the sides to retain the material wound around the core. In some cases, the core is hollow, although other items may be mounted on it, and grips may exist for mechanically turning the reel.

The size of the core is dependent on several factors. A smaller core will obviously allow more material to be stored in a given space. However, there is a limit to how tightly the stored material can be wound without damaging it and this limits how small the core can be.

Other issues affecting the core size include:

Mechanical strength of the core (especially with big reels)
Acceptable turning speed (for a given rate of the material moving on or off the reel a smaller core will mean that an almost empty reel has to turn faster)
any functional requirements of the core e.g.
For a reel that must be mechanically turned the size of the grips that mount it on the mechanical turning device.
The size of the mountings needed to support the core during unwinding.
Anything mounted on the cores (e.g. the sockets on an extension reel)

With material such as photographic film that is flat and long but is relatively wide, the material generally is stored in successive single layers. In cases where the material is more uniform in cross-section (for example, a cable), the material may be safely wound around a reel that is wider than its width. In this case, several windings are needed to create a layer on the reel. 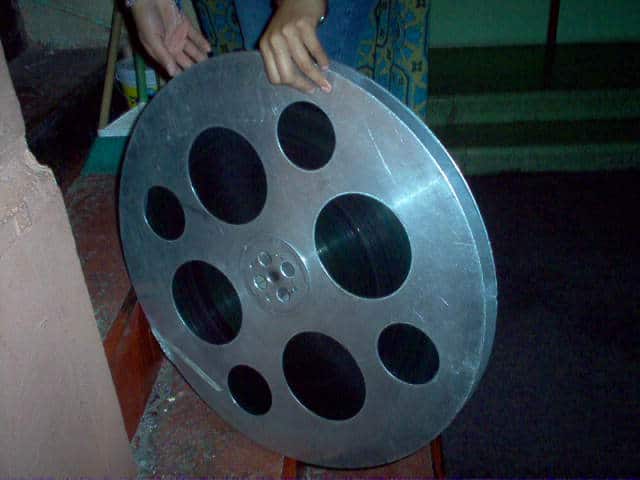