A drawing that shows each scene of your video. A storyboard provides a concise plan for what you need to shoot or animate.

A storyboard is a graphic organizer in the form of illustrations or images displayed in sequence for the purpose of pre-visualizing a motion picture, animation, motion graphic or interactive media sequence. The storyboarding process, in the form it is known today, was developed at Walt Disney Productions during the early 1930s, after several years of similar processes being in use at Walt Disney and other animation studios.

One advantage of using storyboards is that it allows (in film and business) the user to experiment with changes in the storyline to evoke stronger reaction or interest. Flashbacks, for instance, are often the result of sorting storyboards out of chronological order to help build suspense and interest.

Another benefit of storyboarding is that the production can plan the movie in advance. In this step, things like type of camera shot, angle, and blocking of characters are decided.

The process of visual thinking and planning allows a group of people to brainstorm together, placing their ideas on storyboards and then arranging the storyboards on the wall. This fosters more ideas and generates consensus inside the group.

Storyboards for films are created in a multiple step process. They can be created by hand drawing or digitally on a computer. The main characteristics of a storyboard are:

Visualize the storytelling.
Focus the story and the timing in several key frames (very important in animation).
Define the technical parameters: description of the motion, the camera, the lighting, etc.

If drawing by hand, the first step is to create or download a storyboard template. These look much like a blank comic strip, with space for comments and dialogue. Then sketch a "thumbnail" storyboard. Some directors sketch thumbnails directly in the script margins. These storyboards get their name because they are rough sketches not bigger than a thumbnail. For some motion pictures, thumbnail storyboards are sufficient.

However, some filmmakers rely heavily on the storyboarding process. If a director or producer wishes, more detailed and elaborate storyboard images are created. These can be created by professional storyboard artists by hand on paper or digitally by using 2D storyboarding programs. Some software applications even supply a stable of storyboard-specific images making it possible to quickly create shots which express the director's intent for the story. These boards tend to contain more detailed information than thumbnail storyboards and convey more of the mood for the scene. These are then presented to the project's cinematographer who achieves the director's vision.

Finally, if needed, 3D storyboards are created (called 'technical previsualization'). The advantage of 3D storyboards is they show exactly what the film camera will see using the lenses the film camera will use. The disadvantage of 3D is the amount of time it takes to build and construct the shots. 3D storyboards can be constructed using 3D animation programs or digital puppets within 3D programs. Some programs have a collection of low-resolution 3D figures which can aid in the process. Some 3D applications allow cinematographers to create "technical" storyboards which are optically-correct shots and frames.

While technical storyboards can be helpful, optically-correct storyboards may limit the director's creativity. In classic motion pictures such as Orson Welles' Citizen Kane and Alfred Hitchcock's North by Northwest, the director created storyboards that were initially thought by cinematographers to be impossible to film. Such innovative and dramatic shots had "impossible" depth of field and angles where there was "no room for the camera" – at least not until creative solutions were found to achieve the ground-breaking shots that the director had envisioned. 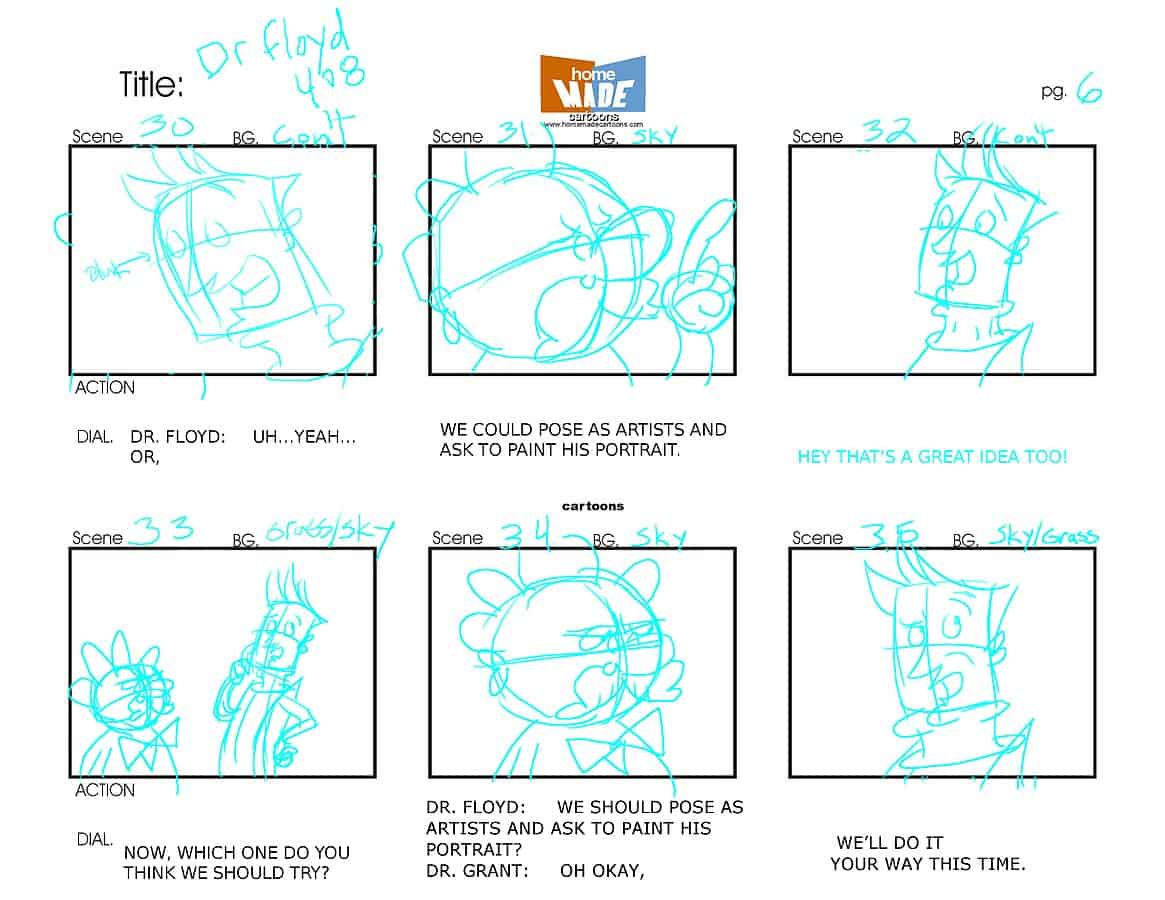 Storyboard
see also
source
Adapted from content published on wikipedia.org
Last modified on June 1, 2019, 8:54 am
previous
next
Videocide.com is a service provided by Codecide, a company located in Chicago, IL USA.