Digital video content that can be transmitted and viewed simultaneously. Typically used for broadcasting "live" events in real-time.

Streaming media is multimedia that is constantly received by and presented to an end-user while being delivered by a provider. The verb "to stream" refers to the process of delivering or obtaining media in this manner; the term refers to the delivery method of the medium, rather than the medium itself, and is an alternative to file downloading, a process in which the end-user obtains the entire file for the content before watching or listening to it.

A client end-user can use their media player to start playing digital video or digital audio content before the entire file has been transmitted. Distinguishing delivery method from the media distributed applies specifically to telecommunications networks, as most of the delivery systems are either inherently streaming (e.g. radio, television, streaming apps) or inherently non-streaming (e.g. books, video cassettes, audio CDs). For example, in the 1930s, elevator music was among the earliest popular music available as streaming media; nowadays Internet television is a common form of streamed media. The term "streaming media" can apply to media other than video and audio, such as live closed captioning, ticker tape, and real-time text, which are all considered "streaming text".

Live streaming is the delivery of Internet content in real-time much as live television broadcasts content over the airwaves via a television signal. Live internet streaming requires a form of source media (e.g. a video camera, an audio interface, screen capture software), an encoder to digitize the content, a media publisher, and a content delivery network to distribute and deliver the content. Live streaming does not need to be recorded at the origination point, although it frequently is.

There are challenges with streaming content on the Internet. If the user does not have enough bandwidth in their Internet connection, they may experience stops, lags, or slow buffering of the content. Some users may not be able to stream certain content due to not having compatible computer or software systems. 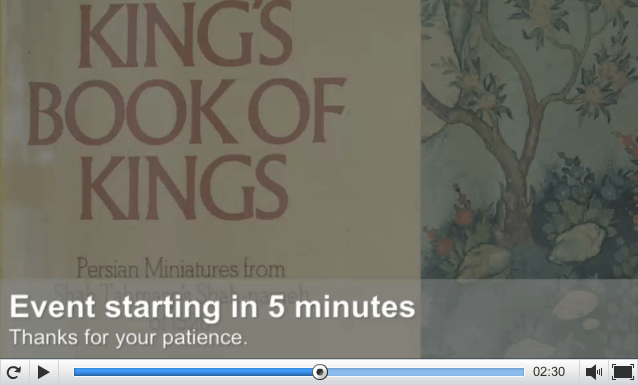 glossary_ S - 400
see also
source
Adapted from content published on wikipedia.org
Last modified on May 22, 2019, 8:14 am
previous
next
Videocide.com is a service provided by Codecide, a company located in Chicago, IL USA.