The sound lining up properly with the image.

Synchronization is the coordination of events to operate a system in unison. The conductor of an orchestra keeps the orchestra synchronized or in time. Systems that operate with all parts in synchrony are said to be synchronous or in sync—and those that are not are asynchronous.

Today, time synchronization can occur between systems around the world through satellite navigation signals.

In electrical engineering terms, for digital logic and data transfer, a synchronous circuit requires a clock signal. However, the use of the word "clock" in this sense is different from the typical sense of a clock as a device that keeps track of time-of-day; the clock signal simply signals the start and/or end of some time period, often very minute (measured in microseconds or nanoseconds), that has an arbitrary relationship to sidereal, solar, or lunar time, or to any other system of measurement of the passage of minutes, hours, and days.

In a different sense, electronic systems are sometimes synchronized to make events at points far apart appear simultaneous or near-simultaneous from a certain perspective. (Albert Einstein proved in 1905 in his first relativity paper that there actually are no such things as absolutely simultaneous events.) Timekeeping technologies such as the GPS satellites and Network Time Protocol (NTP) provide real-time access to a close approximation to the UTC timescale and are used for many terrestrial synchronization applications of this kind. 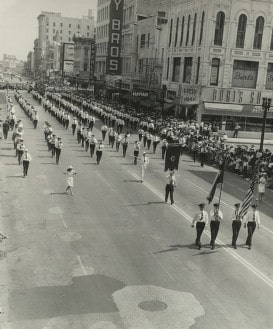 Sync
also known as
see also
source
Adapted from content published on wikipedia.org
Last modified on June 1, 2019, 8:57 am
previous
next
Videocide.com is a service provided by Codecide, a company located in Chicago, IL USA.