Cue light
A small signal lamp located just above the camera lens or on the electronic viewfinder to indicate that the signal is live.

A tally light is a small signal lamp located just above the camera lens or on the electronic viewfinder. In a live broadcast environment such as a television studio, the tally light communicates, for the benefit of those in front of the camera as well as the camera operator, that the camera is 'live' - i.e. its signal is being used for the 'main program' at that moment.

Tally lights are monitored by the video mixer. When the camera is on and the feed is live, the tally light is on. A video switcher is a tool that keeps track of which video sources are being used by the camera and then outputs only the video feed to the program bus. A switch automatically closes the appropriate electrical contacts to create a circuit, which activates the tally unit located in the camera control units (CCU).

If more than one camera is on-air simultaneously (as in the case of a dissolve), during the duration of the transition the tally lights of both cameras will remain lit until transition completion. This is also the case when multiple cameras are placed in 'boxes' on the screen.

Tally (also known as the 'on-air' indication) lights are typically red, although some cameras and video switchers accept a preview tally signal, which is typically green.

In addition to the tally lights, an additional light called ISO is sometimes used. ISO is the abbreviation for "isolated" and indicates that the video signal is isolated and recorded separately. When the camera's signal isn't used for the main program but is being recorded for later video editing, a yellow light indicates to the camera operator that the content might be used at a later stage. So, although not 'on air', the operator should try to prevent making sudden moves, etc. The ISO content is typically used for b-roll shots such as people's reactions when it's uncertain if, when, and how they will react. 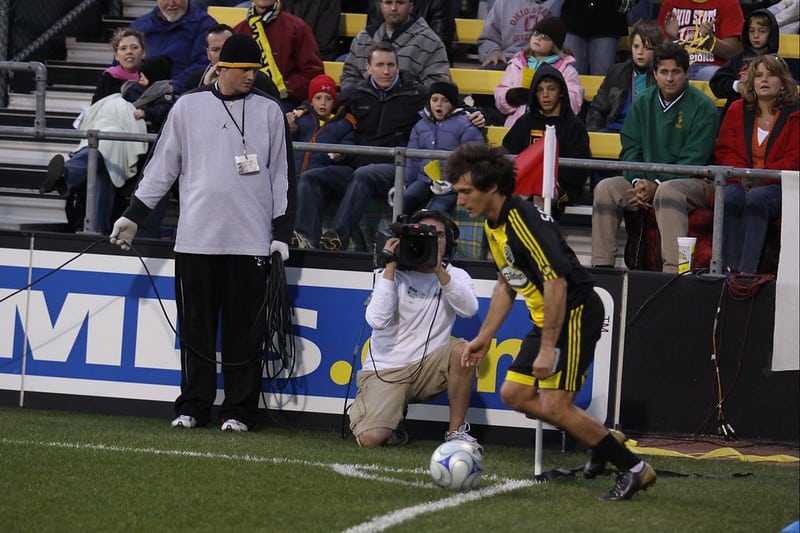 Tally light
also known as
see also
resources
source
Adapted from content published on wikipedia.org
credit
Last modified on May 26, 2021, 5:06 am
previous
next
Videocide.com is a service provided by Codecide, a company located in Chicago, IL USA.