A three-CCD camera is a camera whose imaging system uses three separate charge-coupled devices, each one receiving filtered red, green, or blue color ranges. Light coming in from the lens is split by a complex prism into three beams, which are then filtered to produce colored light in three color ranges or "bands". The system is employed by high-quality still cameras, telecine systems, professional video cameras, and some prosumer video cameras.

In contrast, almost all single-CCD cameras use a Bayer filter, using less accurate dye filters in front of each pixel to separate the colors. Because each pixel on a single CCD sensor is covered with its own tiny color filter, a frame is necessary to keep the dye filters from leaking into adjacent pixels. The result is less light absorbed compared to a CCD without a Bayer filter. Typically there is a 2:1 ratio of green and red/blue pixels, producing less color detail.

The Minolta RD-175 introduced in 1995 is one of the earliest DSLR cameras and has 3CCD technology. 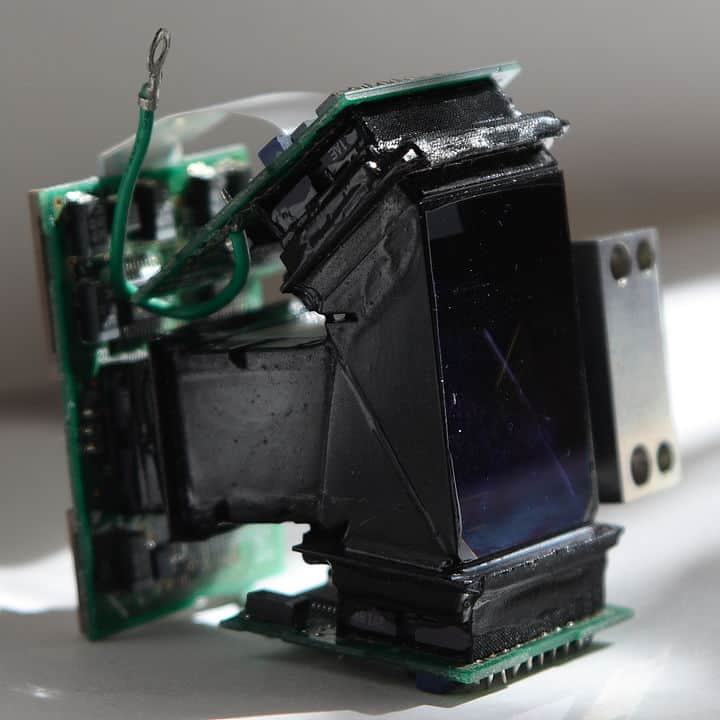