“TTML is used in the television industry for the purpose of authoring, transcoding and exchanging timed text information and for delivering captions, subtitles, and other metadata for television material repurposed for the Web or, more generally, the Internet. There is partial and full support of TTML in components used by several Web browsers plugins, and in a number of caption authoring tools.” - Timed Text Markup Language 1 (TTML1) (Second Edition)

In 2010, after discussions about its adoption in HTML5, WHATWG opted for a new but more lightweight standard based on the popular SRT format, now named WebVTT.[2] Nonetheless, in February 2012 the FCC declared the SMPTE closed-captioning standard for online video content, a superset of TTML, as a "safe harbor interchange, delivery format".[3]

It is not clear whether the HTML5 specification will document the usage of any other timed text format with the <track> tag. However, as of February 2015, W3C only documents the usage of WebVTT with HTML5 and its specification had 434 entries in its commit history, ranging from March 2013 to January 2015, while the latest TTML specification hadn't been modified since September 2013. Recent versions of Internet Explorer introduced support for TTML files in the <track> element,[4] while other browsers still require JavaScript, such as in the W3C Timed Text Working Group's 2009 demo of TTML features. TTML is still the format of choice for some applications that don't rely on HTML5, such as the popular set-top box Roku.[5]

The TTML standard specifies a wide range of features, many of which are not necessary for specific applications. For this reason, the standard developed the concept of profiles, which are subsets of required features from the full specification. This way, a player that only implements a partial set of features, for example, can define its own profile and claim support to it. The specification was thus renamed to TTML, accounting only to the markup language, and defined three standard profiles: DFXP Transformation, DFXP Presentation, and DFXP Full. Not satisfied with the list of features defined by TTML, the Society of Motion Picture and Television Engineers (SMPTE) created its own profile, which extended the full DFXP profile and defined new features, not included in the \

This profile defines the minimum feature requirements that a transformation processor (e.g. caption converter) needs to support in order to be considered TTML compliant.

This profile defines the minimum feature requirements that a presentation processor (e.g. video player) needs to support in order to be considered TTML compliant.

This profile requires the support of all the feature defined by TTML specification.

This profile extends the TTML and with three SMPTE-specific elements aimed at legacy formats. Interoperability with pre-existing and regionally-specific formats (such as CEA-708, CEA-608, DVB Subtitles, and WST (World System Teletext)) is provided by means of tunneling data or bit map images and adding necessary metadata.[6] 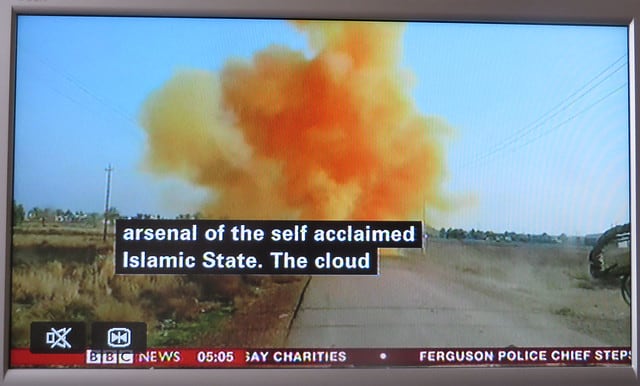