A visual representation of a movie over time.

A timeline is a display of a list of events in chronological order. It is typically a graphic design showing a long bar labelled with dates paralleling it, and usually contemporaneous events; a Gantt chart is a form of timeline used in project management.

Timelines can use any suitable scale representing time, suiting the subject and data; many use a linear scale, in which a unit of distance is equal to a set amount of time. This timescale is dependent on the events in the timeline. A timeline of evolution can be over millions of years, whereas a timeline for the day of the September 11 attacks can take place over minutes, and that of an explosion over milliseconds. While many timelines use a linear timescale—especially where very large or small timespans are relevant -- logarithmic timelines entail a logarithmic scale of time; some "hurry up and wait" chronologies are depicted with zoom lens metaphors.

There are different types of timelines

There are many methods of visualizations for timelines. Historically, timelines were static images and generally drawn or printed on paper. Timelines relied heavily on graphic design, and the ability of the artist to visualize the data.

Timelines, no longer constrained by previous space and functional limitations, are now digital and interactive, generally created with computer software. ChronoZoom is an example of computer-aided interactive timeline software. 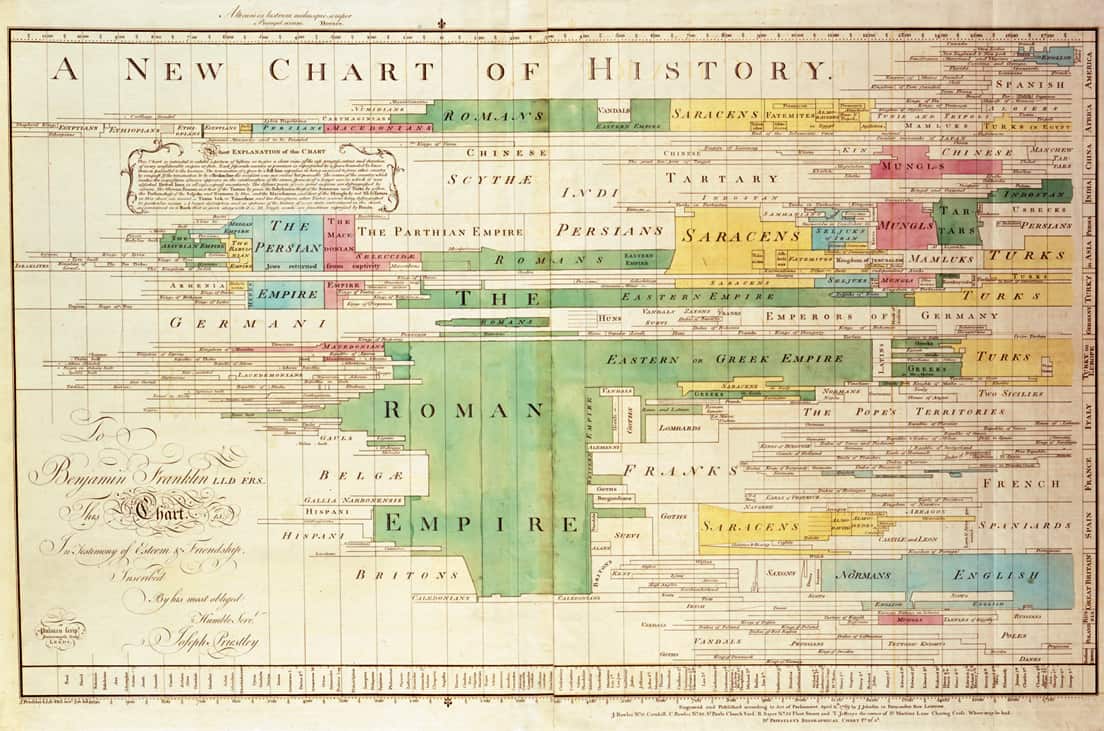 Timeline
see also
source
Adapted from content published on wikipedia.org
credit
Last modified on November 24, 2019, 8:57 am
previous
next
Videocide.com is a service provided by Codecide, a company located in Chicago, IL USA.