A threaded version of the BNC connector.

The TNC connector (acronym of "Threaded Neill–Concelman") is a threaded version of the BNC connector.

The interface specifications for the TNC and many other connectors are referenced in MIL-STD-348. The connector has a 50 Ω impedance and operates best in the 0–11 GHz frequency spectrum. It has better performance than the BNC connector at microwave frequencies. Invented in the late 1950s and named after Paul Neill of Bell Labs and Carl Concelman of Amphenol, the TNC connector has been employed in a wide range of radio and wired applications.

The abbreviation TNC is sometimes given as standing for Threaded Navy Connector. 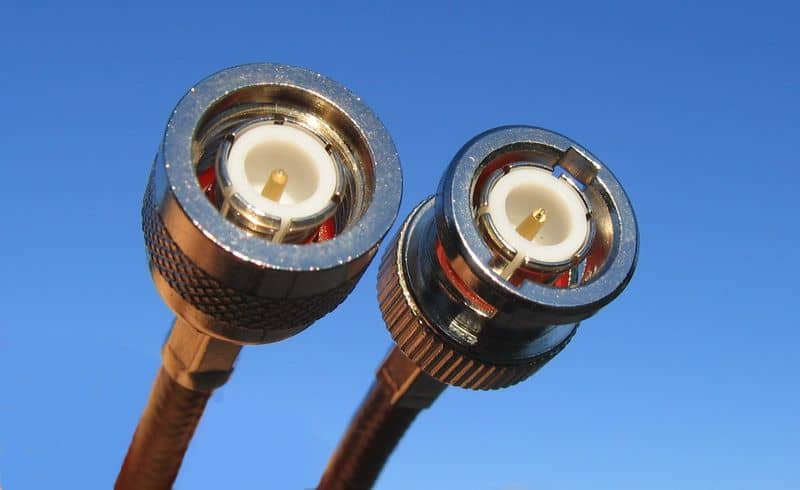 TNC connector
see also
source
Adapted from content published on wikipedia.org
credit
Last modified on June 3, 2020, 11:14 am
previous
next
Videocide.com is a service provided by Codecide, a company located in Chicago, IL USA.