TOSLINK (from Toshiba Link) is a standardized optical fiber connector system. Also known generically as optical audio, its most common use is in consumer audio equipment (via a "digital optical" socket), where it carries a digital audio stream from components such as CD and DVD players, DAT recorders, computers, and modern video game consoles, to an AV receiver that can decode two channels of uncompressed lossless PCM audio or compressed 5.1/7.1 surround sound such as Dolby Digital or DTS Surround System. Unlike HDMI, TOSLINK does not have the bandwidth to carry the lossless versions of Dolby TrueHD, DTS-HD Master Audio, or more than two channels of PCM audio.

Although TOSLINK supports several different media formats and physical standards, digital audio connections using the rectangular EIAJ/JEITA RC-5720 (also CP-1201 and JIS C5974-1993 F05) connector are by far the most common. The optical signal is a red light with a peak wavelength of 650 nm. Depending on the type of modulated signal being carried, other optical wavelengths may be present. 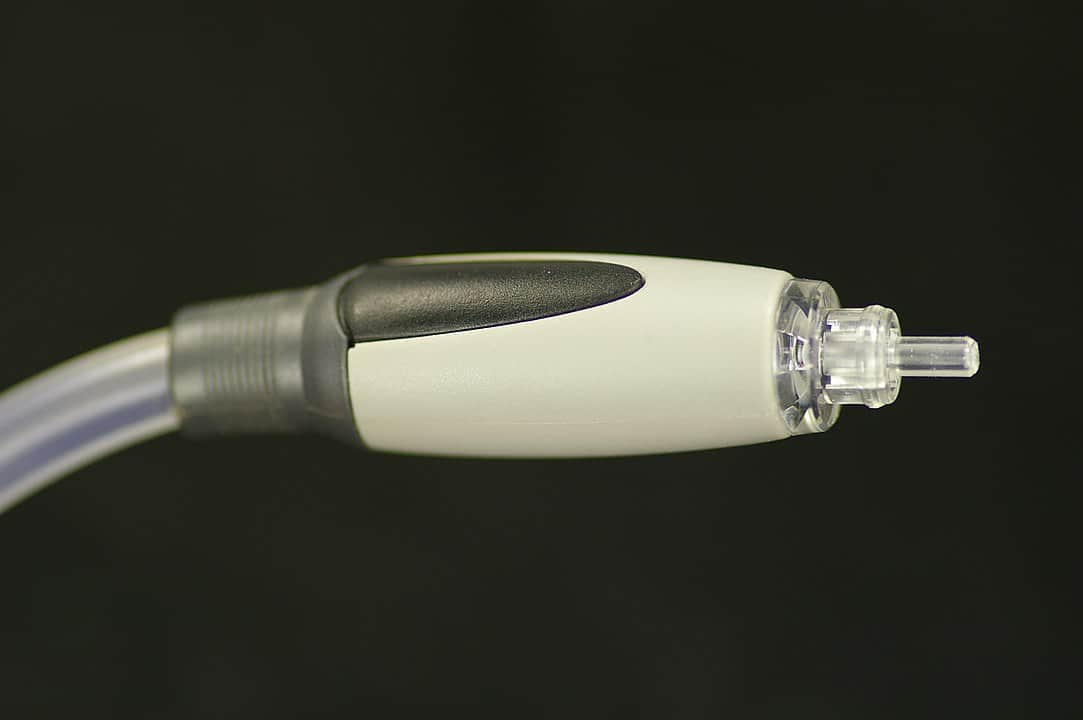 TOSLINK
see also
source
Adapted from content published on wikipedia.org
credit
Last modified on May 13, 2020, 12:16 am
previous
next
Videocide.com is a service provided by Codecide, a company located in Chicago, IL USA.