A camera shot that physically advances or changes the position of the camera relative to the subject, changing the spatial relations between a subject and its surroundings.

A tracking shot is any shot where the camera follows backward, forward or moves alongside the subject being recorded. In cinematography, the term refers to a shot in which the camera is mounted on a camera dolly that is then placed on rails – like a railroad track. A handheld steadycam or gimbal may also be used for smaller scale productions. The camera is then pushed along the track while the scene is being filmed or moved manually when using a handheld rig.

The technique is often used to follow a subject that would otherwise leave the frame (ergo, it is often called a following shot), such as an actor or vehicle in motion. In this spirit, any conveyance, such as a motorized vehicle like a car, may also be used to create a tracking shot. A handheld or Steadicam mounted camera following a similar trajectory is called a tracking shot as well. While the core idea is that the camera moves parallel to its subject, a tracking shot may move in a semi-circular fashion, rotating around its subject while remaining equidistant.

The "rail cam" made a public debut in the NHL on November 20, 2006 in the Colorado Avalanche/Dallas Stars hockey game. The Versus cable television network used the camera during the game to test it out for a live use on a nationally broadcast program. The camera was fastened to a rail system that ran on the top of the glass on one side of the ice rink. As the play shifted from end to end, the motorized mount allowed the camera to follow the action, sliding rapidly down the side of the ice. The system was developed by Fletcher Chicago. The experiment was short-lived, and the "rail-cam" is no longer used in NHL hockey games. 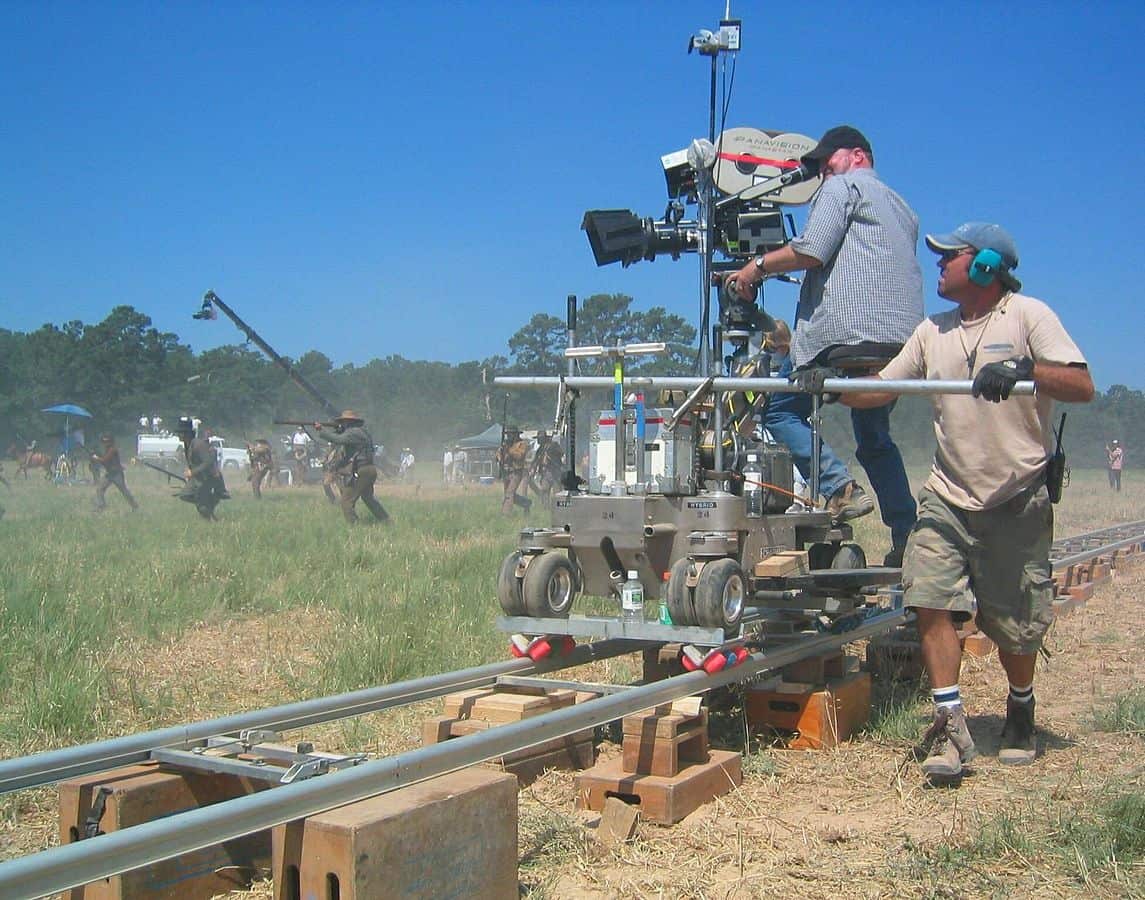