A short publicity film which advertises a film or forthcoming presentations.

A trailer (also known as a preview or coming attraction) is a commercial advertisement for a feature film that will be exhibited in the future at a cinema, the result of creative and technical work. The term "trailer" dates back to the distribution of movies on reels of film. The reels were always distributed un-rewound (the theater about to show the film first had to rewind it, as early experience showed the danger of expecting an incoming film to have been rewound). Therefore, the end of the movie was the most accessible part, to which previews were spliced, "trailing" the film.

Movie trailers have now become popular on DVDs and Blu-ray discs, as well as on the Internet and mobile devices. Of some 10 billion videos watched online annually, film trailers rank third, after news and user-created video. The trailer format has also been adopted as a promotional tool for television shows, video games, books, and theatrical events/concerts.

Trailers consist of a series selected shots from the film being advertised. Since the purpose of the trailer is to attract an audience to the film, these excerpts are usually drawn from the most exciting, funny, or otherwise noteworthy parts of the film but in abbreviated form and usually without producing spoilers. For this purpose the scenes are not necessarily in the order in which they appear in the film. A trailer has to achieve that in less than 2 minutes and 30 seconds, the maximum length allowed by the MPAA. Each studio or distributor is allowed to exceed this time limit once a year if they feel it is necessary for a particular film.

In January 2014, the movie theater trade group National Association of Theatre Owners issued an industry guideline asking that film distributors supply trailers that run no longer than 2 minutes, which is 30 seconds shorter than the prior norm. The guideline is not mandatory, and also allows for limited exceptions of a select few movies having longer trailers. Film distributors reacted coolly to the announcement. There had been no visible disputes on trailer running time prior to the guideline, which surprised many.

Some trailers use "special shoot" footage, which is material that has been created specifically for advertising purposes and does not appear in the actual film. The most notable film to use this technique was Terminator 2: Judgment Day, whose trailer featured an elaborate special effect scene of a T-800 Terminator being assembled in a factory that was never intended to be in the film itself. Dimension Films also shot extra scenes for their 2006 horror remake, Black Christmas - these scenes were used in promotional footage for the film, but are similarly absent from the theatrical release. A trailer for the 2002 blockbuster Spider-Man had an entire action sequence especially constructed that involved escaping bank robbers in a helicopter getting caught in a giant web between the World Trade Center's two towers. However, after the September 11 attacks, the studio pulled it from theaters.
Walt Disney in a 1937 color film trailer for Snow White and the Seven Dwarfs.

One of the most famous "special shoot" trailers is that used for the 1960s thriller Psycho, which featured director Alfred Hitchcock giving viewers a guided tour of the Bates Motel, eventually arriving at the infamous shower. At this point, the soft-spoken Hitchcock suddenly throws the shower curtain back to reveal Vera Miles with a blood-curdling scream. Like the trailer, in fact, was made after completion of the film when Janet Leigh was no longer available for filming, Hitchcock had Miles don a blonde wig for the fleeting sequence. Since the title, "Psycho", instantly covers most of the screen, the switch went unnoticed by audiences for years until freeze-frame analysis clearly revealed that it was Vera Miles and not Janet Leigh in the shower during the trailer.

There are dozens of companies that specialize in the creation of film trailers in Los Angeles and New York. The trailer may be created at agencies (such as The Cimarron Group, MOJO, The Ant Farm, Ben Cain, Aspect Ratio, Flyer Entertainment, Trailer Park, Buddha Jones) while the film itself is being cut together at the studio. Since the edited film does not exist at this point, the trailer editors work from rushes or dailies. Thus, the trailer may contain footage that is not in the final movie, or the trailer editor and the film editor may use different takes of a particular shot. Another common technique is including music on the trailer which does not appear on the movie's soundtrack. This is nearly always a requirement, as trailers and teasers are created long before the composer has even been hired for the film score—sometimes as much as a year ahead of the movie's release date—while composers are usually the last creative people to work on the film.

Some trailers that incorporate material, not in the film are particularly coveted by collectors, especially trailers for classic films. For example, in a trailer for Casablanca, the character Rick Blaine says, "OK, you asked for it!" before shooting Major Strasser; this line of dialogue is not spoken in the final film.

Trailers tell the story of a film in a highly condensed fashion to have maximum appeal. In the decades since film marketing has become a large industry, trailers have become highly polished pieces of advertising, able to present even poor movies in an attractive light. Some of the elements common to many trailers are listed below. Trailers are typically made up of scenes from the film they are promoting, but sometimes contain deleted scenes from the film.

The key ambition in trailer-making is to impart an intriguing story that gets film audiences emotionally involved.

Most trailers have a three-act structure similar to a feature-length film. They start with a beginning (act 1) that lays out the premise of the story. The middle (act 2) drives the story further and usually ends with a dramatic climax. Act 3 usually features a strong piece of "signature music" (either a recognizable song or a powerful, sweeping orchestral piece). This last act often consists of a visual montage of powerful and emotional moments of the film and may also contain a cast run if there are noteworthy stars that could help sell the movie.
Screenshot from film trailer for 1959 North by Northwest

Voice-over narration is sometimes used to briefly set up the premise of the film and provide explanation when necessary, although this practice has declined in the years after the passing of voice-over artist Don LaFontaine. Since the trailer is a highly condensed format, voice-over is a useful tool to enhance the audience's understanding of the plot. Some of the best-known, modern-day trailer voice-over artists have been the aforementioned LaFontaine, Hal Douglas, Mark Elliott, John Leader, Corey Burton, George DelHoyo, Peter Cullen, Morgan Freeman, Ashton Smith, Jim Cummings, John Garry, Tom Kane, Nick Schatzki, Ben Patrick Johnson, Tony Rodgers, Beau Weaver, and Brian Cummings. Classic voice-over artists in film trailers of the 1940s, 1950s and 1960s included Howard Strickling (for MGM), Lou Marcelle (for Warner Bros.), Art Gilmore, Knox Manning, Reed Hadley, Les Tremayne (for MGM), Fred Foy (for MGM), Karl Weber (for MGM) and Bob Marcato. Hollywood trailers of the classic film era were renowned for clichés such as "Colossal!", "Stupendous!", etc. Some trailers have used voice over clichés for satirical effect. This can be seen in trailers for films such as Jerry Seinfeld's Comedian and Tenacious D in The Pick of Destiny.

A cast run is a list of the stars that appear in the movie. If the director or producer is well-known or has made other popular movies, they often warrant a mention as well. Most trailers conclude with a billing block, which is a list of the principal cast and crew. It is the same list that appears on posters and print publicity materials, and also usually appears on-screen at the beginning (or end) of the movie. Studio production logos are usually featured near the beginning of the trailer. Until the late 1970s, they were put only at the end of the trailer or not used at all; however, Paramount Pictures was the first studio to use its actual studio logo at the beginning of its trailers in the 1940s. Often there will be logos for both the production company and distributor of the film.

Many trailers are mixed in Dolby Digital or any other multichannel sound mix. Scenes including sound effects and music that are enhanced by stereophonic sound are therefore the focus point of many modern trailers.

Trailers preceding feature films are generally presented in the same format as the feature, being either 35 mm film or a digital format. High bandwidth internet connections allow for trailers to be distributed online at any resolution. Since the advent of Digital 3‑D, it has become common for a 3‑D feature film to be preceded by one or more trailers that are also presented in 3‑D 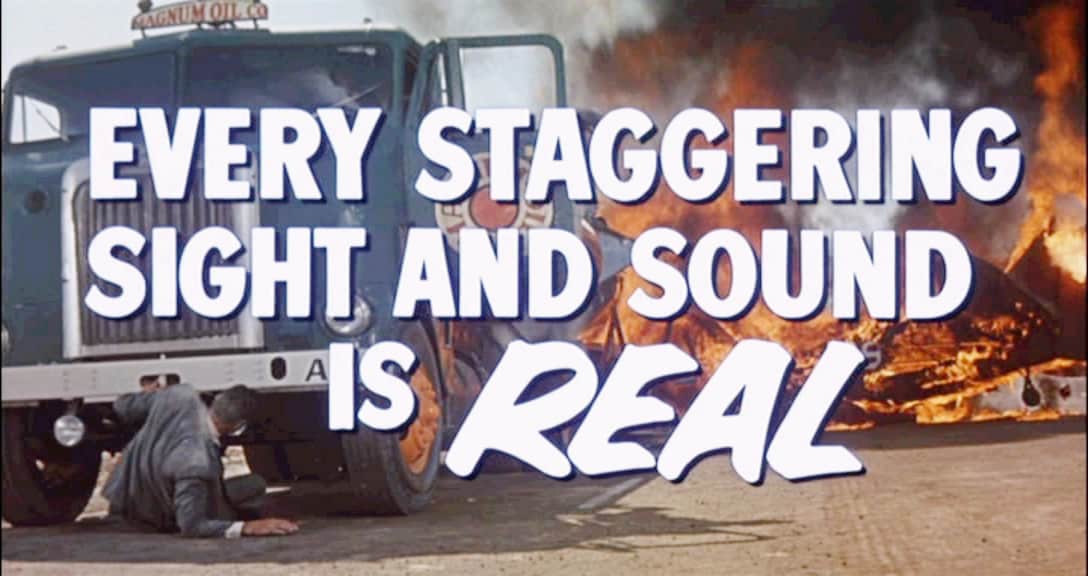 Trailer
see also
source
Adapted from content published on wikipedia.org
Last modified on July 20, 2019, 11:50 am
previous
next
Videocide.com is a service provided by Codecide, a company located in Chicago, IL USA.