A dated name for a threaded RF connector.

The UHF connector is a dated name for a threaded RF connector. The connector design was invented in the 1930s for use in the radio industry, and is a shielded form of the "banana plug". It is a widely used standard connector for HF transmission lines on full-sized radio equipment, with BNC connectors predominating for smaller, hand-held equipment.

The name "UHF" is a source of legitimate confusion since the name of the connectors did not change when the frequency ranges were renamed. The design was named during an era when "UHF" meant frequencies over 30 MHz. Today Ultra high frequency (UHF) instead refers to frequencies between 300 MHz and 3 GHz and the range of frequencies formerly known as UHF is now called "VHF".

Unlike modern connector designs that replaced it, no active specification or standard exists to govern the mechanical and electrical characteristics of the so-called "UHF" connector system making it effectively a deprecated design with no guarantee for suitability to an electrical or mechanical purpose.. Evidence of inconsistency exists. Testing reveals post-WWII connector's designs, such as N connector and BNC Connector are electrically superior to the 'UHF' connector for modern UHF frequencies. Other testing reveals one UHF connector sample shows a negligible effect on frequencies up to 435 MHz. 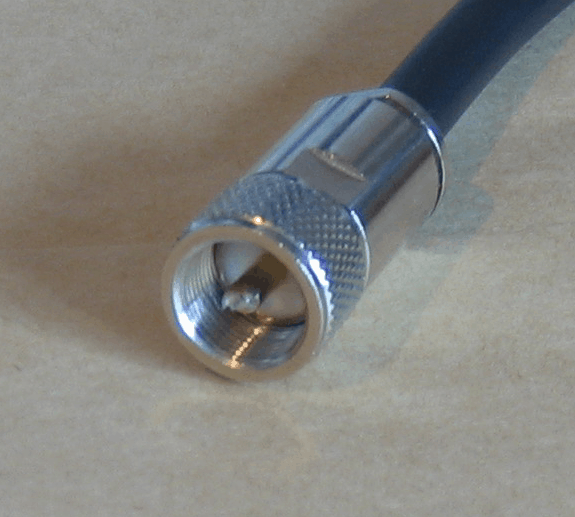 UHF connector
see also
source
Adapted from content published on wikipedia.org
credit
Last modified on June 3, 2020, 11:17 am
previous
next
Videocide.com is a service provided by Codecide, a company located in Chicago, IL USA.