The Consumer Electronics Association announced on October 17, 2012, that "Ultra High Definition", or "Ultra HD", would be used for displays that have an aspect ratio of 16:9 or wider and at least one digital input capable of carrying and presenting native video at a minimum resolution of 3840×2160 pixels. In 2015, the Ultra HD Forum was created to bring together the end-to-end video production ecosystem to ensure interoperability and produce industry guidelines so that adoption of ultra-high-definition television could accelerate. From just 30 in Q3 2015, the forum published a list up to 55 commercial services available around the world offering 4K resolution.

Two resolutions are defined as UHDTV:

The human visual system has a limited ability to discern improvements in resolution when picture elements are already small enough or distant enough from the viewer. At some home-viewing distances and current TV sizes, HD resolution is near the limits of resolution for the eye and increasing resolution to 4K has little perceptual impact, if consumers are beyond the critical distance (Lechner distance) to appreciate the differences in pixel count between 4K and HD. One exception to note is that even if resolution surpasses the resolving ability of the human eye, there is still an improvement in the way the image appears due to higher resolutions reducing spatial aliasing.

UHDTV provides other image enhancements in addition to pixel density. Specifically, dynamic range and color are greatly enhanced, and these impact saturation and contrast differences that are readily resolved and greatly improve the experience of 4KTV compared to HDTV. UHDTV allows the future use of the new Rec. 2020 (UHDTV) color space which can reproduce colors that cannot be shown with the current Rec. 709 (HDTV) color space.

In terms of CIE 1931 color space, the new Rec. 2020 color space covers 75.8%, compared to coverage by the DCI-P3 digital cinema reference projector color space of just 53.6%, 52.1% by Adobe RGB color space, while the Rec. 709 color space covers only 35.9%. UHDTV's increases in dynamic range allow not only brighter highlights but also increased detail in the greyscale. UHDTV also allows for frame rates up to 120 frames per second (fps).

UHDTV potentially allows Rec. 2020, higher dynamic range, and higher frame rates to work on HD services without increasing resolution to 4K, providing improved quality without as high of an increase in bandwidth demand. 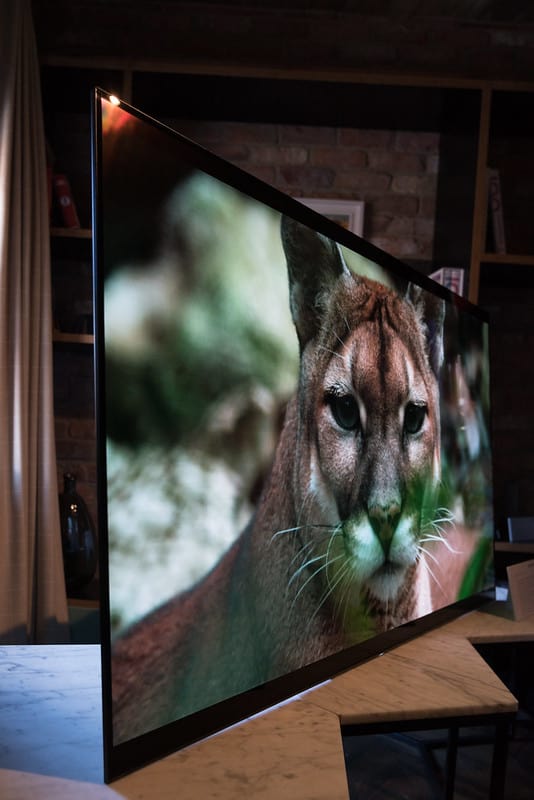