A Video Graphics Array (VGA) connector is a three-row 15-pin DE-15 connector. The 15-pin VGA connector was provided on many video cards, computer monitors, laptop computers, projectors, and high definition television sets. On laptop computers or other small devices, a mini-VGA port was sometimes used in place of the full-sized VGA connector.

Few new devices now include VGA connectors, and it generally coexists with DVI or the newer and more compact HDMI and DisplayPort interface connectors.

The original IBM PS/2 defined different signals assignments. The IBM 8513 monitor defined pin 5 as "Self Test", which displays a white screen when the cable is disconnected (the pin is not connected to ground). The IBM PS/55 Display Adapter defined pin 9 as "+12V". It turns on the specific monitor when the system unit is powered on. In the PS/2, pin 9 was keyed by plugging the female connector hole; this prevented non-VGA 15 pin cables from being plugged into a VGA socket. Four pins carried Monitor ID bits, which were rarely used; VESA DDC redefined some of these pins and replaced the key pin with +5 V DC power supply. Devices that comply with the DDC host system standard provide 5 V ± 5% and supply a minimum of 50 mA to a maximum of 1 A.

The VGA interface is not engineered to be hot-swappable (i.e. the user cannot connect or disconnect the output device while the host is running), although in practice this can be done and usually does not cause damage to the hardware or other problems. However, nothing in the design ensures that the ground pins form the first make or the last break in the connection, so hot-swapping may introduce surges in signal lines that may or may not be adequately protected against damage. Also, depending on the hardware and software, monitor detection is sometimes unreliable when hot-plugging a VGA connection. 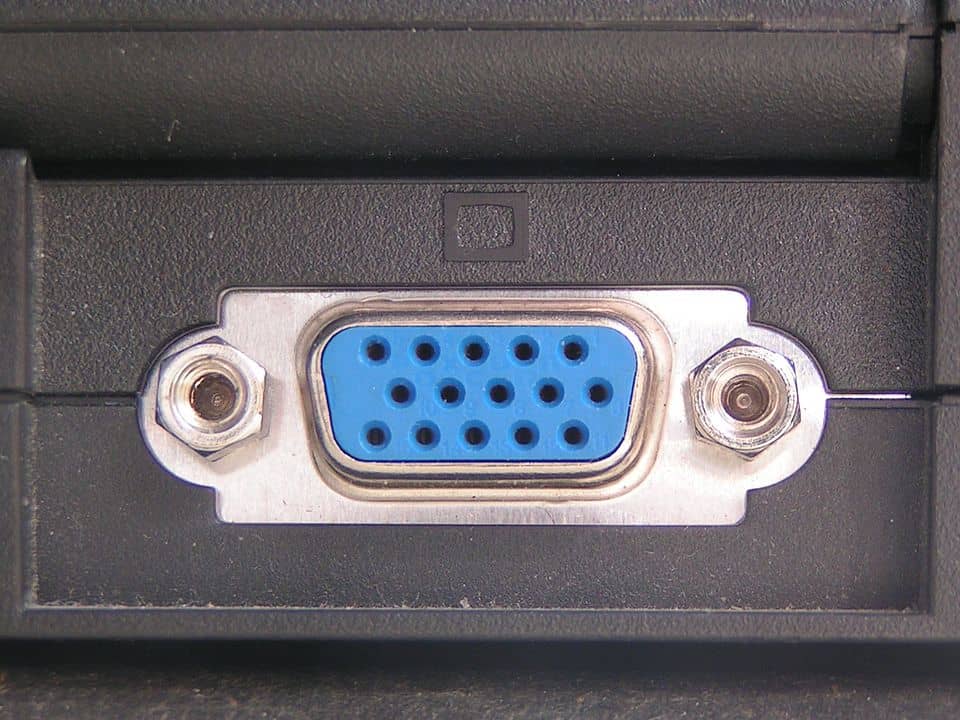