The process of simultaneously recording filmed picture onto videotape by means of the same lens system in order to immediately evaluate a take as soon as it is completed.

Video assist is a system used in filmmaking which allows filmmakers to view a video version of a take immediately after it is filmed.

Originally a small device, called the video tap, was installed inside a movie camera that allows (with the addition of a monitor) the director to see approximately the same view as the camera operator, and thus ensure that the film is being shot and framed as desired. This is done by using a small charge-coupled device (CCD) (similar to ones in consumer camcorders) inside the viewfinder. On modern film cameras, the assist is fed off a beam splitter, which splits the beam between the optical viewfinder and the video tap. The light enters through the lens, and hits the rotating mirror shutter, which bounces the light to the horizontal ground glass. The beam splitter is directly over the ground glass and turns the light again 90 degrees, and projects it onto the chip of the video assist camera—through its own lens system. The chip, together with its electronics, lens system and mounting hardware, is the video tap, and was commonly called video assist until the video assist industry grew large.

Today, video assist is a name of a complex system, consisting of monitors, recorders, video transmitters, video printers, matrices and hundreds of yards of cables. The video assist crew—the video assist operators—are in charge of moving, operating, and troubleshooting the whole system which can easily fill a medium-sized truck. Their job is to run cables from all of the several cameras used on the show to a central location—often referred as the video village—where the director, DP and script supervisor sit. When cameras are in unreachable locations, on the move, handheld, or steadicam-mounted, wireless transmitters are often used.

All the camera connections coming into the video village go into the video trolley. These come in several shapes and sizes and are often hand-built by the operator based on his/her own preferences and the needs of the show. On the cart are the video recorders, the most important equipment of a VA op. The cart usually holds a video matrix, for making quick interconnections, several small operator's monitors, a video printer, all the wireless receivers, speakers, computers, laptops, digitizing boards, UPSes, and a bunch of small tools. The camera images are then fed to the larger monitors for the director, and sometimes for a second array of monitors for the producers, clients, etc. More often than not the Director and DP request a smaller, more private monitor set, and then the second array can be watched by everyone else. Video is often fed to make-up trucks, production trailers, or separate monitors around set for cuing stunts, special effects or puppeteers. A complex video assist can have up to 20 monitors depending on the number of cameras used. Wireless handheld monitors are often used so the director can be close to the actors. On-board monitors, mounted directly on the camera, helps the focus puller to follow the shot.

On steadicam and remote head or crane operation, the viewfinder and beam splitter is often removed because it's not needed. Then the full image is projected onto the video tap, making the image twice as bright, and hence better quality (lower noise). In these cases, even the camera operator uses a video monitor to operate the camera.

Though the quality of the a video assist feed can vary greatly based on both the camera and the assist, it is always used as a guide and nothing more. Because the assist has its own controls for exposure, contrast, focus and color correction, it is not possible to use it to learn anything more than the frame lines. The video assist camera is usually significantly lower in resolution than the film camera as well, so critical focus is still usually determined by distance from the lens to the subject via a tape measure.

Comedian and director Jerry Lewis is widely credited with inventing the precursor to this system, although some similar systems existed before Lewis first used a video camera to simultaneously record scenes alongside his film camera during production of The Bellboy in 1960. Director Blake Edwards was the first to use the beam-splitter single-camera system invented by engineer Jim Songer in the 1968 film The Party.

While the traditional video tap no longer applies to modern CCD based cameras, large-scale productions with HD or SD cameras still use video assist in its wider meaning. In this case, the video signal is fed from the camera's own video output, and is a significantly better quality than the original video tap technology. HD cameras can output HD-SDI video signals, which, when presented on a high-grade calibrated monitor, is an almost what-you-see-is-what-you-get quality. Because the video cameras are often less tolerant of images with high contrast and quick light changes, and their behavior is harder to foresee than a film camera, DPs shooting HD cameras are often found in darkened tents, watching expensive HD monitors to make sure the image is captured correctly. This situation is getting better as newer cameras tend to simulate film gamma curves better.

While very simple video assist equipment is only capable of showing a live image, the modern VA equipment does much more than that. In the past image feed from cameras were recorded onto an inexpensive medium (usually MiniDV or Hi8). Today hard disks are used. The VA operator keeps a precise log about which take was recorded where, noting the time code or file name. He or she is then able to play back any shot in a short time, even right after the shot. This is essential for a director to show actors where to change their moves, or to recheck dialogue lines, and also helps the script supervisor. It's very easy to check shooting angles, correct overlaps, and time camera or stunt actions. The VA recorder can usually simulate the under-cranking or over-cranking of the camera, and speed up or slow down the action. Ramps (speed changes in the shot) can be shown also.

The video assist gear often includes a portable editing system (usually a laptop with a digitizing box and an editing software), so rough cuts can be made by the VA operator right on set. A portable video mixer is useful to check out key, blends or pre-visualize visual effects. A video printer is often used to print out pictures or hard copies of sets, camera angles or faces for art designers, make-up artists, and storyboard artists. Sound engineers and make-up usually requests a separate, live-only feed to know what's happening in front of the cameras and so don't need to continuously pop in and out of set. 2nd units or splinter units shooting extra shots or b-roll can take away small VA recorders to record their own footage, which is then loaded into the main unit archive so it can be watched and checked against main unit footage. Video assist operators on separate units or remote locations are routinely asked to upload the feed real-time onto satellite or internet stream so the agency or the director can watch it half the world away. 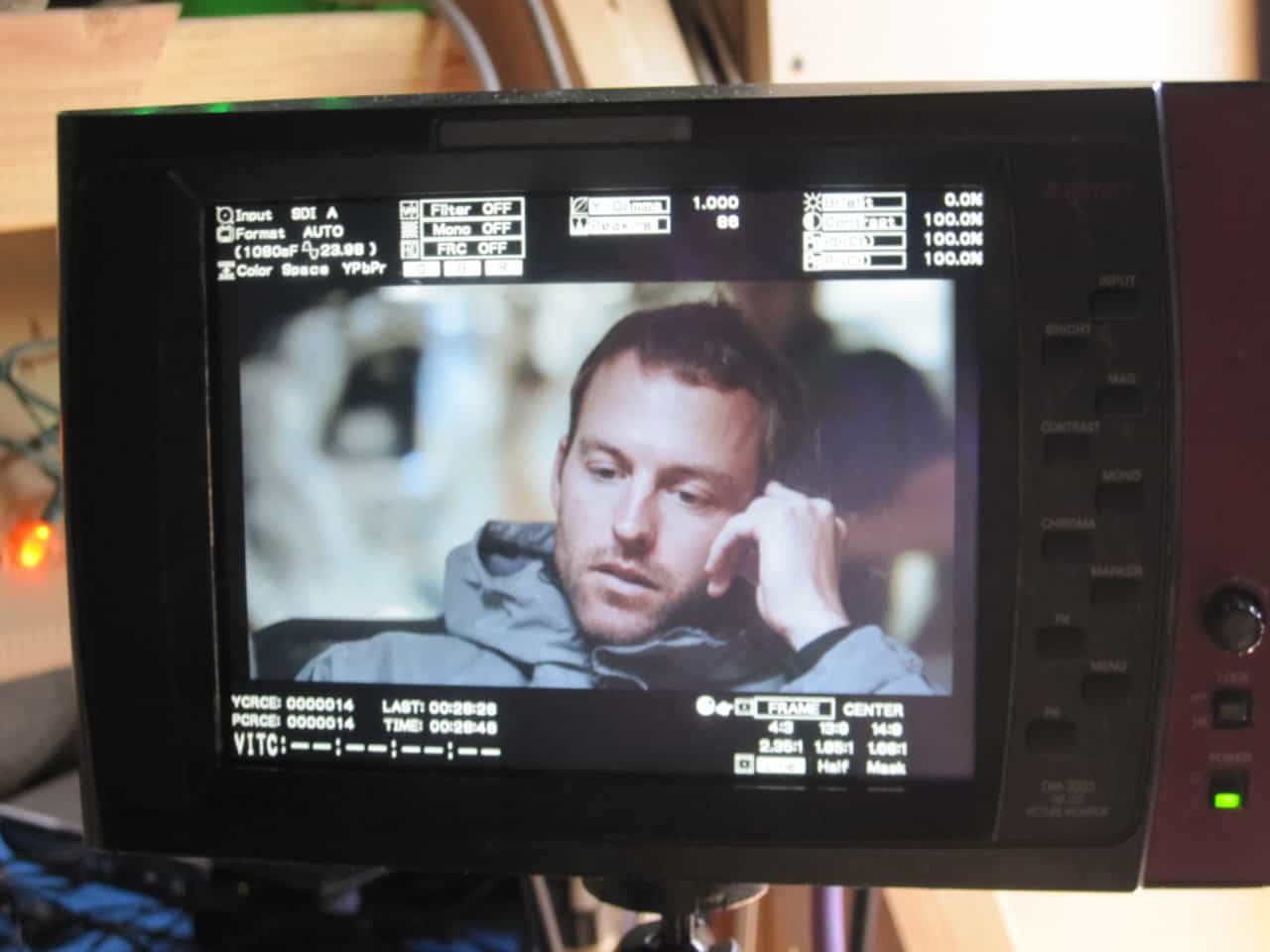 Video assist
see also
source
Adapted from content published on wikipedia.org
Last modified on July 22, 2019, 10:47 am
previous
next
Videocide.com is a service provided by Codecide, a company located in Chicago, IL USA.