A grooveless, plastic videodisc format, approximately 10 in. in diameter.

Video High Density (VHD) is a videodisc format which was marketed predominantly in Japan by JVC. There was also an audio-only variant, Audio High Density (AHD).

VHD discs are 25 centimeters (9.8 in) in diameter and store up to 60 minutes of video per side. Each disc is stored in a caddy—like the CED system from RCA, also known as SelectaVision VideoDisc, the user never handled the disc directly. The entire caddy is inserted into the player and then withdrawn, leaving the disc inside where it will be loaded and start playing. At the end of the side, the disc must be removed, turned over and re-inserted.

Like the RCA system, the signal is recorded on the discs as variations in capacitance, a conductive coating on the disc itself forming part of a resonant circuit. A diamond stylus reads the signal, though unlike CED there are no actual grooves—the stylus follows the tracks electronically, like a compact disc. This means less wear, though there is still physical contact (unlike LaserDisc) so some wear would still occur.

The discs contain two frames (four fields) per revolution, and play in CAV mode, which makes play simple, as all frames start at the same place on the disc, but having two frames per rotation means that true freeze frame is not possible — there would be some "jitter" on moving sequences (discs which were designed to be used a frame at a time - such as picture catalogs - doubled up the frames, to get true stills at the cost of reduced capacity).

The VHD system had advantages over both the RCA Capacitance Electronic Disc system and the MCA/Philips LaserVision system. In active (CAV) mode (not available in CED) it had a greater capacity than LaserVision. It also had the ability to carry 99 randomly accessible 'chapters' (more than LaserVision) and had the same autostop capability. These two functions had to be programmed into the master tape from which the videodisc was made, along with the two-frame freeze frame function. This made videotape master editing a highly specialized operation requiring precise insertion of vertical interval codes into the video signal, and field accurate editing (most videotape editing required only frame accuracy).

VHD was always intended as a highly interactive format, and many non-linear 'trick-play' features were supported, directly by the players or via an optional VHDpc computer interface for the MSX and Sharp X1 computers.

Applications included interactive adventure games, and car engine diagnostic tools. Constructing an interactive disc required a lot of planning as well as the specialist video master editing. The costs entailed in discovering these complexities and solving the problems, as well as recognizing that the video post-production technology of the time was being pushed to its limits probably contributed to the decision to withdraw the system. 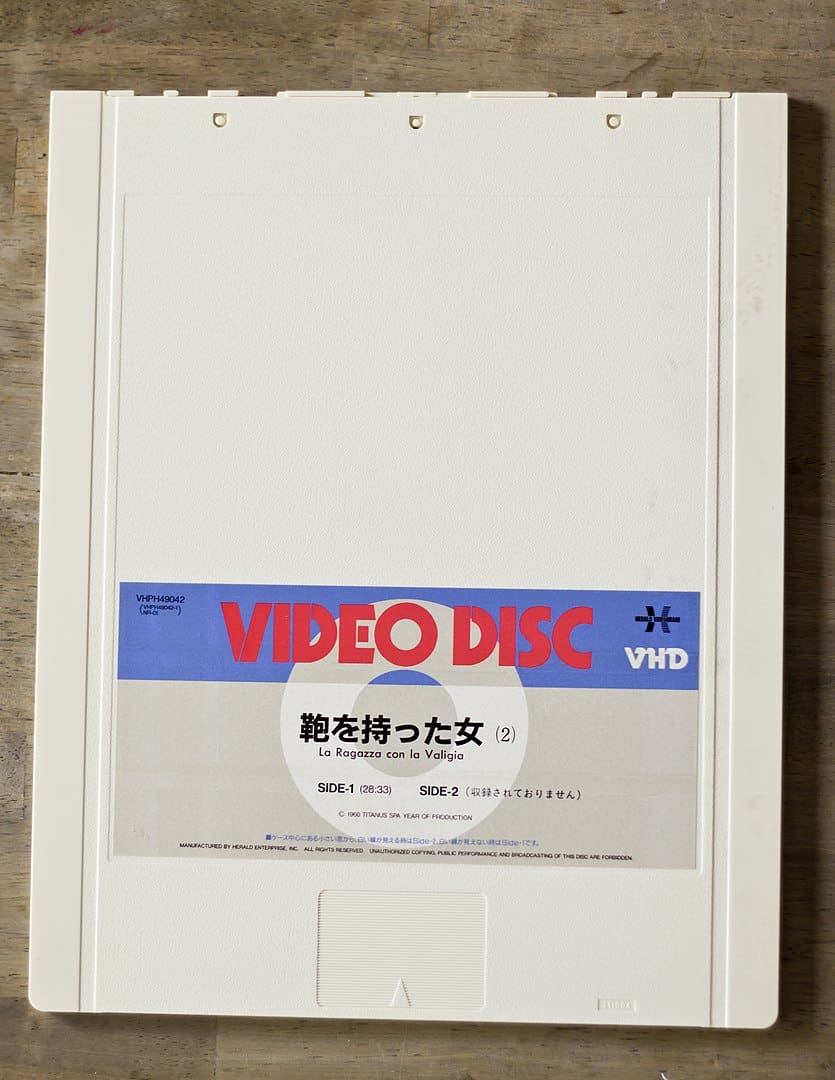