A video relay service (VRS), also sometimes known as a video interpreting service (VIS), is a video telecommunication service that allows deaf, hard-of-hearing, and speech-impaired (D-HOH-SI) individuals to communicate over video telephones and similar technologies with hearing people in real-time, via a sign language interpreter.

VRS services have become well developed nationally in Sweden since 1997 and also in the United States since 2003. With the exception of Sweden, VRS has been provided in Europe for only a few years since the mid-2000s, and as of 2010 has not been made available in many European Union countries, with most European countries still lacking the legislation or the financing for large-scale VRS services, and to provide the necessary telecommunication equipment to deaf users. Germany and the Nordic countries are among the other leaders in Europe, while the United States is another world leader in the provisioning of VRS services.

One of the first demonstrations of the ability for telecommunications to help sign language users communicate with each other occurred when AT&T's videophone (trademarked as the "Picturephone") was introduced to the public at the 1964 New York World's Fair –two deaf users were able to communicate freely with each other between the fair and another city. Various universities and other organizations, including British Telecom's Martlesham facility, have also conducted extensive research on signing via videotelephony. The use of sign language via videotelephony was hampered for many years due to the difficulty of its use over slow analog copper phone lines, coupled with the high cost of better quality ISDN (data) phone lines. Those factors largely disappeared with the introduction of more efficient video codecs and the advent of lower-cost high-speed ISDN data and IP (Internet) services in the 1990s.
21st-century improvements

Significant improvements in video call quality of service for the deaf occurred in the United States in 2003 when Sorenson Media Inc. (formerly Sorenson Vision Inc.), a video compression software coding company, developed its VP-100 model stand-alone videophone specifically for the deaf community. It was designed to output its video to the user's television in order to lower the cost of acquisition and to offer remote control and a powerful video compression codec for unequaled video quality and ease of use with video relay services. Favorable reviews quickly led to its popular usage at educational facilities for the deaf, and from there to the greater deaf community.

Coupled with similar high-quality videophones introduced by other electronics manufacturers, the availability of high-speed Internet, and sponsored video relay services authorized by the U.S. Federal Communications Commission in 2002, VRS services for the deaf underwent rapid growth in that country. 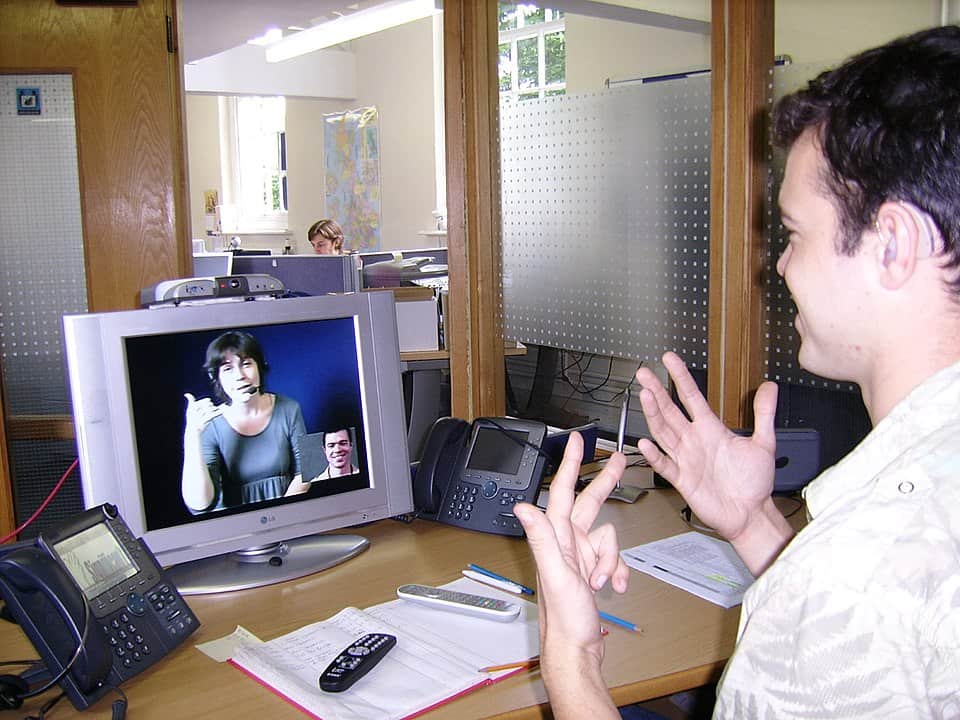