Cassette
A cartridge containing a permanently encased videotape that winds and rewinds from reel-to-reel.

A videocassette is a cartridge containing a permanently encased videotape that winds and rewinds from reel-to-reel. Cassettes come in a wide range of formats.

In 1969, Sony introduced a prototype for the first widespread video cassette, the 3/4" (1.905 cm) composite U-Matic system, which is then introduced commercially in September 1971 after working out industry standards with other manufacturers. The company later refined it to Broadcast Video U-Matic or BVU. Sony continued its hold on the professional market with its ever-expanding 1/2" (1.27 cm) component video Betacam family (introduced in 1982), which, in its digital variants, is still among the professional market leaders. Panasonic had some limited success with its MII system but never could compare to Betacam in terms of market share.

The next step was the digital revolution. Among the first digital video formats as Sony's D-1, which featured uncompressed digital component recording. Because D-1 was extremely expensive, the composite D-2 and D-3 (by Sony and Panasonic, respectively) were introduced soon after. Ampex introduced the first compressed component recording with its DCT series in 1992. Panasonic trumped D-1 with its D-5 format, which is uncompressed as well but much more affordable.

The DV standard, which debuted in 1996, has become widely used both in its native form and in more robust forms such as Sony's DVCAM and Panasonic's DVCPRO as an acquisition and editing format. However, due to concerns by the entertainment industry about the format's lack of copy protection, only the smaller MiniDV cassettes used with camcorders became commonplace, with the full-sized DV cassettes restricted entirely to professional applications.

For camcorders, Sony adapted the Betacam system with its Digital Betacam format, later following it up with the cheaper Betacam SX and MPEG IMX formats, and the semiprofessional DV-based DVCAM system. Panasonic used its DV variant DVCPRO for all professional cameras, with the higher-end format DVCPRO50 being a direct descendant. JVC developed the competing D9/Digital-S format, which compresses video data in a way similar to DVCPRO but uses a cassette similar to S-VHS media. 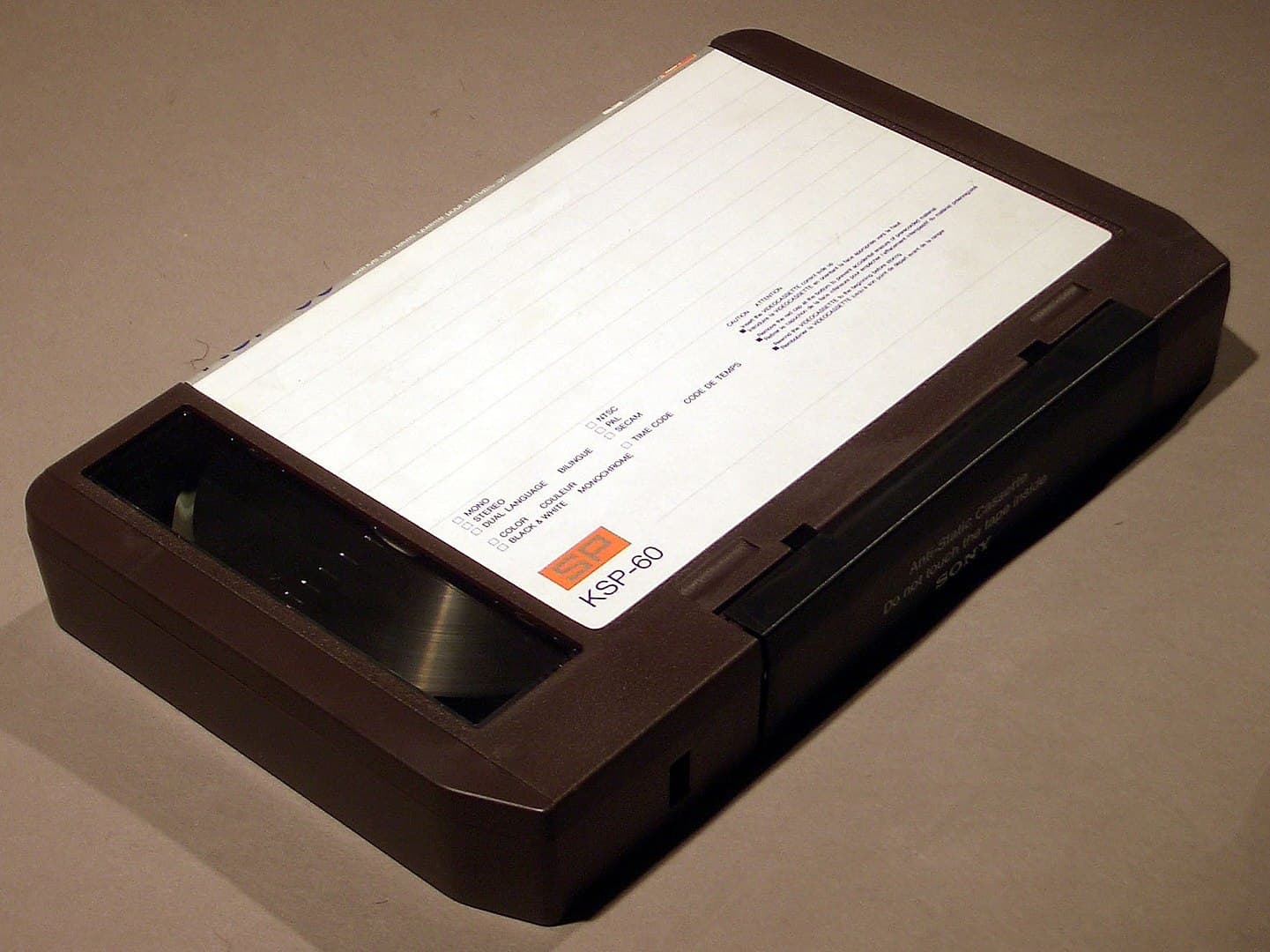 Videocassette
also known as
see also
resources
source
Adapted from content published on wikipedia.org
credit
Last modified on April 17, 2021, 11:59 am
previous
next
Videocide.com is a service provided by Codecide, a company located in Chicago, IL USA.