Videotape is magnetic tape used for storing video and usually sound in addition. Information stored can be in the form of either an analog signal or digital signal. Videotape is used in both videotape recorders (VTRs) or, more commonly, videocassette recorders (VCRs) and camcorders. Videotapes are also used for storing scientific or medical data, such as the data produced by an electrocardiogram.

Because video signals have very high bandwidth, and stationary heads would require extremely high tape speeds, in most cases, a helical-scan video head rotates against the moving tape to record the data in two dimensions.

Tape is a linear method of storing information and thus imposes delays to access a portion of the tape that is not already under the heads. The early 2000s saw the introduction and rise to prominence of high-quality random-access video recording media such as hard disks and flash memory. Since then, videotape has been increasingly relegated to archival and similar uses. 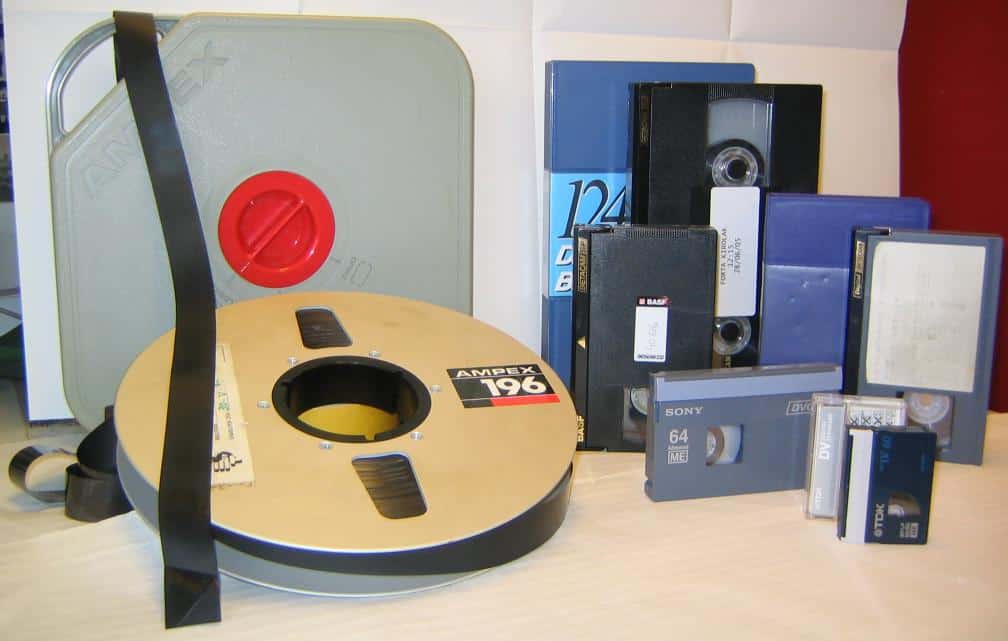 Videotape format
see also
source
Adapted from content published on wikipedia.org
credit
Last modified on August 10, 2019, 6:26 am
previous
next
Videocide.com is a service provided by Codecide, a company located in Chicago, IL USA.