VirtualDub is a free and open-source video capture and video processing utility for Microsoft Windows written by Avery Lee. It is designed to process linear video streams, including filtering and recompression. It uses AVI container format to store captured video. The first version of VirtualDub, written for Windows 95, to be released on SourceForge was uploaded on August 20, 2000.

In 2009, the third-party software print guide Learning VirtualDub referred to VirtualDub as "the leading free Open Source video capture and processing tool". Due to its "powerful" versatility and usefulness especially in the field of video processing (see below), PC World has referred to VirtualDub as "something of a 'Photoshop' for video files", PC Perspective recommends it for its low overhead, and nextmedia's PC & Tech Authority particularly praises it for its Direct stream copy feature to avoid generational degradation of video quality when performing simple editing and trimming tasks and the fact that VirtualDub "offers several valuable features that other packages lack, and helps you get quick results without any fuss or patronizing wizards".

VirtualDub is designed for Microsoft Windows but may run on Linux and Mac OS X using Wine. (For example, to use it with the popular Deshaker plugin.) However, native support for these systems is not available.

VirtualDub was made to operate exclusively on AVI files; however, a plugin API was added from version 1.7.2 which allows the import of other formats. Appropriate video and audio codecs need to be installed.

VirtualDub can create a video file from a series of image files in Truevision TGA or Windows Bitmap file formats. Individual frames must be given file names numbered in sequential order without any gaps (e.g. 001.bmp, 002.bmp, 003.bmp...). From those, the frame rate can be adjusted, and other modifications such as the addition of a soundtrack can be made.

VirtualDub can also disassemble a video by extracting its soundtracks saving its frames into Truevision TGA or Windows Bitmap files.

VirtualDub comes with a number of video editing components known as "filters". They can perform basic tasks as arbitrary resize, converting the video to grayscale, arbitrary rotation, crop, or changing simple values like brightness and contrast. Filters may be used during the video assembly as well. Filter plug-ins further extend VirtualDub's capabilities. A plug-in SDK is available for developers to create their own video and audio filters.

Besides those basic features, its many third-party plug-ins make VirtualDub a "powerful" open-source tool when it comes to linear video processing, and in fact, most of the hundreds of third-party plug-ins available for VirtualDub are filters related to either aesthetic effects or cleaning, fixing, and restoring image quality, such as various denoising and sharpening methods targeted especially at analog and digital video signal and film defects (be they related to VHS, faulty cables, a distorted analog terrestrial or satellite TV reception, or digital compression), deinterlacing and fields manipulation, colorspace conversion and manipulation, reverse telecine aka IVTC, deflickering, deshaking, adding and removing logos and subtitles, analysis of video content, etc.

All of these processing features are fully batchable to apply the same effects on a large number of files. 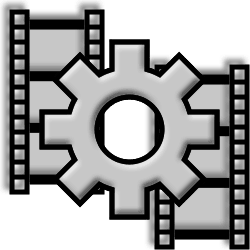 VirtualDub
see also
source
Adapted from content published on wikipedia.org
credit
Last modified on May 2, 2020, 12:51 pm
previous
next
Videocide.com is a service provided by Codecide, a company located in Chicago, IL USA.