Audio from an unseen narrator accompanying video, heard above background sound or music.

Voice-over (also known as off-camera or off-stage commentary) is a production technique where a voice—that is not part of the narrative (non-diegetic)—is used in a radio, television production, filmmaking, theatre, or other presentations. The voice-over is read from a script and may be spoken by someone who appears elsewhere in the production or by a specialist voice talent. Synchronous dialogue, where the voiceover is narrating the action that is taking place at the same time, remains the most common technique in voiceovers. Asynchronous, however, is also used in cinema. It is usually pre-recorded and placed over the top of a film or video and commonly used in documentaries or news reports to explain information. Voiceovers are used in video games and on-hold messages, as well as for announcements and information at events and tourist destinations. It may also be read live for events such as award presentations.

Voiceover is added in addition to any existing dialogue, and it is not to be confused with the process of replacing dialogue with a translated version, which is called dubbing or revoicing.

In Herman Melville's Moby Dick (1956), Ishmael (Richard Basehart) narrates the story, and he sometimes comments on the action in voiceover, as does Joe Gillis (William Holden) in Sunset Boulevard (1950) and Eric Erickson (William Holden) in The Counterfeit Traitor (1962); adult Pip (John Mills) in Great Expectations (1946) and Michael York in its 1974 television remake.

Charactering techniques in voiceovers are used to give personalities and voice to fictional characters. There has been some controversy with charactering techniques in voiceovers, particularly with white radio entertainers who would mimic black speech patterns. Radio made this racial mockery easier to get away with because it was a non-confrontational platform to freely express anything the broadcasters found fit. It also became the ideal medium for voice impersonations. Characterization has always been popular in culture and all forms of media. In the late 1920s radio started to stray away from reporting exclusively on musicals and sporting events, instead, radio began to create serial talk shows as well as shows with fictional storylines. The technique of characterization can be a creative outlet to expand on film and radio, but it must be done carefully.

In film, the filmmaker places the sound of a human voice (or voices) over images shown on the screen that may or may not be related to the words that are being spoken. Consequently, voiceovers are sometimes used to create ironic counterpoint. Also, sometimes they can be random voices not directly connected to the people seen on the screen. In works of fiction, the voiceover is often by a character reflecting on his or her past, or by a person external to the story who usually has more complete knowledge of the events in the film than the other characters.

Voiceovers are often used to create the effect of storytelling by a character/omniscient narrator. For example, in The Usual Suspects, the character of Roger "Verbal" Kint has voiceover segments as he is recounting details of a crime. Classic voiceovers in cinema history can be heard in Citizen Kane and The Naked City.

Sometimes, voiceover can be used to aid continuity in edited versions of films, in order for the audience to gain a better understanding of what has gone on between scenes. This was done when the film Joan of Arc (1948) starring Ingrid Bergman turned out to be far from the box-office and critical hit that was expected and it was edited down from 145 minutes to 100 minutes for its second run in theaters. The edited version, which circulated for years, used narration to conceal the fact that large chunks of the film had been cut out. In the full-length version, restored in 1998 and released on DVD in 2004, the voiceover narration is heard only at the beginning of the film.

Film noir is especially associated with the voiceover technique. The golden age of first-person narration was during the 1940s. Film noir typically used male voiceover narration but there are a few rare female voiceovers.

In radio, voiceovers are an integral part of the creation of the radio program. The voiceover artist might be used to remind listeners of the station name or as characters to enhance or develop show content. During the 1980s, the British broadcasters Steve Wright and Kenny Everett used voiceover artists to create a virtual "posse" or studio crew who contributed to the programs. It is believed that this principle was in play long before that time. The American radio broadcaster Howard Stern has also used voiceovers in this way.

The voiceover has many applications in non-fiction as well. Television news is often presented as a series of video clips of newsworthy events, with a voiceover by the reporters describing the significance of the scenes being presented; these are interspersed with straight video of the news anchors describing stories for which video is not shown.

Television networks such as The History Channel and the Discovery Channel make extensive use of voiceovers. On NBC, the television show Starting Over used Sylvia Villagran as the voiceover narrator to tell a story.

Live sports broadcasts are usually shown as extensive voiceovers by sports commentators over video of the sporting event.

Game shows formerly made extensive use of voiceovers to introduce contestants and describe available or awarded prizes, but this technique has diminished as shows have moved toward predominantly cash prizes. The most prolific have included Don Pardo, Johnny Olson, John Harlan, Jay Stewart, Gene Wood, and Johnny Gilbert.

Voiceover commentary by a leading critic, historian, or by the production personnel themselves is often a prominent feature of the release of feature films or documentaries on DVDs.

The commercial use of voiceover in television advertising has been popular since the beginning of radio broadcasting.

In the early years, before effective sound recording and mixing, announcements were produced "live" and at-once in a studio with the entire cast, crew and, usually, orchestra. A corporate sponsor hired a producer, who hired writers and voice actors to perform comedy or drama.

Manufacturers will often use a distinctive voice to help them with brand messaging, often retaining talent to a long-term exclusive contract.

The industry expanded very rapidly with the advent of television in the 1950s, and the age of highly produced serial radio shows ended. The ability to record high-quality sound on magnetic tape also created opportunities. Digital recording—thanks to the proliferation of PCs, smartphones (iOS and Android 5.0+), dedicated recording devices, free or inexpensive recording, and editing software, and USB microphones of reasonable quality increasing use of home studios — has revolutionized the industry.

The sound recording industry uses the term "presence" as the standard of a good quality voiceover and is used for commercial purposes in particular. This term "presence" measures the legitimacy of how it sounds, specifically one of a voiceover. Advances in technology for sound recording have helped voiceovers reach this standard. These technological advances have worked continuously on diminishing "the noise of the system...and thus reducing the distance perceived between the object and its representation."

The voice-over industry works in tandem with the advertising industry to help deliver high-quality branding and as a whole is worth millions. Commercial advertising that uses voiceovers reaches about 89 percent of all adults in Britain alone.

In some countries, such as Russia and Poland, voiceover provided by an artist is commonly used on television programs as a language localization technique, as an alternative to full dub localization.

In Bulgaria, multiple voiceovers are also common, but each film (or episode) is normally voiced by three to six actors. The voice artists try to match the original voice and preserve the intonation. The main reason for the use of this type of translation is that unlike synchronized voice translation, it takes a relatively short time to produce since there is no need to synchronize the voices with the character's lip movements, which is compensated by the quieted original audio. When there is no speaking in the film for some time, the original sound is turned up. Recently, as more films are distributed with separate voice and noises-and-music tracks, some voiceover translations in Bulgaria are produced by only turning down the voice track, in this way not affecting the other sounds. One actor always reads the translation crew's names over the show's ending credits (except for when there is dialogue over the credits). 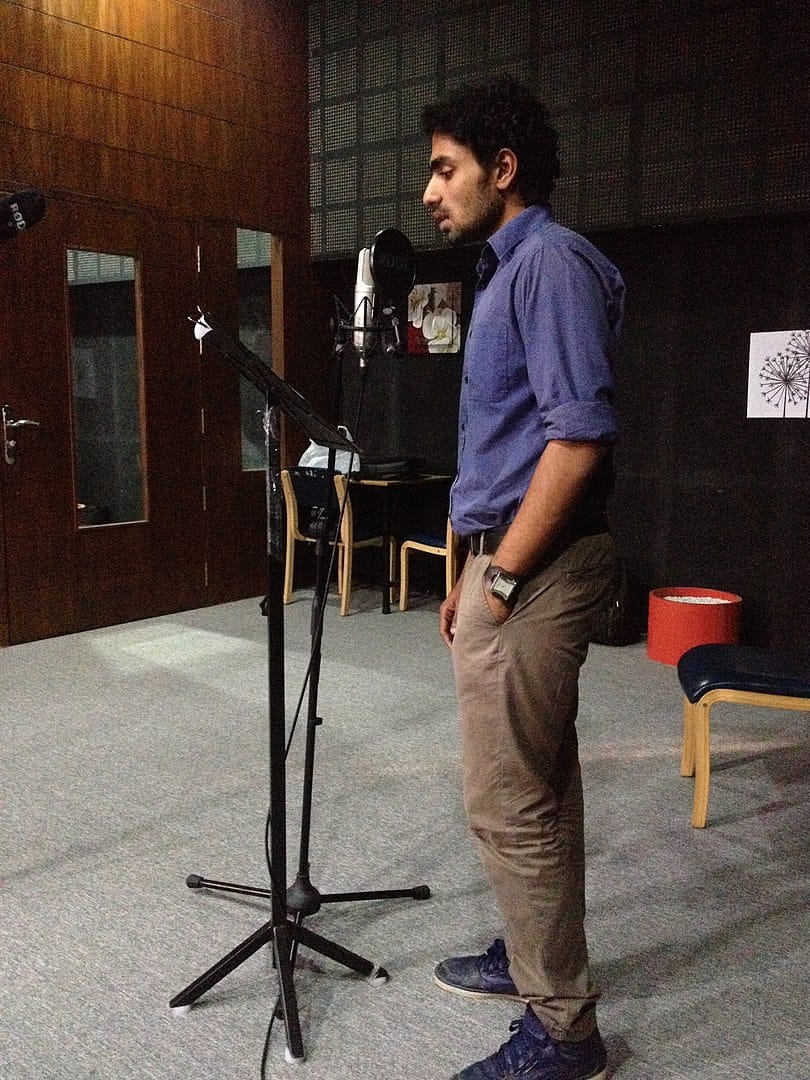