A random signal having equal intensity at different frequencies, giving it a constant power spectral density.

In signal processing, white noise is a random signal having equal intensity at different frequencies, giving it a constant power spectral density. The term is used, with this or similar meanings, in many scientific and technical disciplines, including physics, acoustical engineering, telecommunications, and statistical forecasting. White noise refers to a statistical model for signals and signal sources, rather than to any specific signal. White noise draws its name from white light, although light that appears white generally does not have a flat power spectral density over the visible band.
A "white noise" image

In discrete time, white noise is a discrete signal whose samples are regarded as a sequence of serially uncorrelated random variables with zero mean and finite variance; a single realization of white noise is a random shock. Depending on the context, one may also require that the samples be independent and have identical probability distribution (in other words independent and identically distributed random variables are the simplest representation of white noise). In particular, if each sample has a normal distribution with zero mean, the signal is said to be additive white Gaussian noise.

The samples of a white noise signal may be sequential in time, or arranged along one or more spatial dimensions. In digital image processing, the pixels of a white noise image are typically arranged in a rectangular grid, and are assumed to be independent random variables with uniform probability distribution over some interval. The concept can be defined also for signals spread over more complicated domains, such as a sphere or a torus.

An infinite-bandwidth white noise signal is a purely theoretical construction. The bandwidth of white noise is limited in practice by the mechanism of noise generation, by the transmission medium and by finite observation capabilities. Thus, random signals are considered "white noise" if they are observed to have a flat spectrum over the range of frequencies that are relevant to the context. For an audio signal, the relevant range is the band of audible sound frequencies (between 20 and 20,000 Hz). Such a signal is heard by the human ear as a hissing sound, resembling the /sh/ sound in "ash". In music and acoustics, the term "white noise" may be used for any signal that has a similar hissing sound. 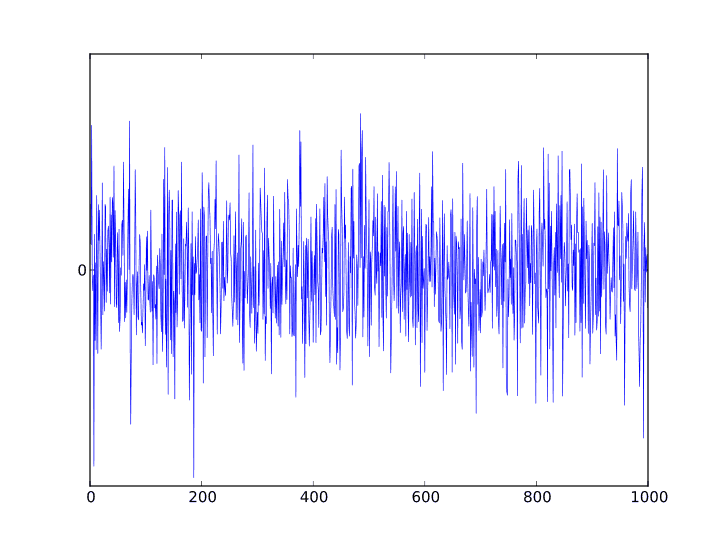 White noise
also known as
see also
source
Adapted from content published on wikipedia.org
Last modified on June 23, 2019, 7:51 am
previous
next
Videocide.com is a service provided by Codecide, a company located in Chicago, IL USA.