A lens that uses a grouping of glass to enable a shorter focal length than the physical body of the lens would normally permit.

Another use is where the photographer wishes to emphasise the difference in size or distance between objects in the foreground and the background; nearby objects appear very large and objects at a moderate distance appear small and far away.

This exaggeration of relative size can be used to make foreground objects more prominent and striking, while capturing expansive backgrounds.

A wide angle lens is also one that projects a substantially larger image circle than would be typical for a standard design lens of the same focal length. This large image circle enables either large tilt & shift movements with a view camera, or a wide field of view.

By convention, in still photography, the normal lens for a particular format has a focal length approximately equal to the length of the diagonal of the image frame or digital photosensor. In cinematography, a lens of roughly twice the diagonal is considered "normal".

A lens is considered wide-angle when it covers the angle of view between 64° and 84° which in return translates to 35–24mm lens in 35mm film format.
Characteristics

Longer lenses magnify the subject more, apparently compressing distance and (when focused on the foreground) blurring the background because of their shallower depth of field. Wider lenses tend to magnify distance between objects while allowing greater depth of field.

Another result of using a wide-angle lens is a greater apparent perspective distortion when the camera is not aligned perpendicularly to the subject: parallel lines converge at the same rate as with a normal lens, but converge more due to the wider total field. For example, buildings appear to be falling backwards much more severely when the camera is pointed upward from ground level than they would if photographed with a normal lens at the same distance from the subject, because more of the subject building is visible in the wide-angle shot.

Because different lenses generally require a different camera–subject distance to preserve the size of a subject, changing the angle of view can indirectly distort perspective, changing the apparent relative size of the subject and foreground.
Wide-angle lenses for 35 mm format

For a full-frame 35 mm camera with a 36 mm by 24 mm format, the diagonal measures 43.3 mm and by custom, the normal lens adopted by most manufacturers is 50 mm. Also by custom, a lens of focal length 35 mm or less is considered wide-angle.

Common wide-angle for a full-frame 35 mm camera are 35, 28, 24, 21, 20, 18 and 14 mm, the latter four being ultra-wide. Many of the lenses in this range will produce a more or less rectilinear image at the film plane, though some degree of barrel distortion is not uncommon here.

Ultra wide-angle lenses that do not produce a rectilinear image (i.e., exhibit barrel distortion) are called fisheye lenses. Common focal lengths for these in a 35 mm camera are 6 to 8 mm (which produce a circular image). Lenses with focal lengths of 8 to 16 mm may be either rectilinear or fisheye designs.

Wide-angle lenses come in both fixed-focal-length and zoom varieties. For 35 mm cameras, lenses producing rectilinear images can be found at focal lengths as short as 8 mm, including zoom lenses with ranges of 2:1 that begin at 12 mm. 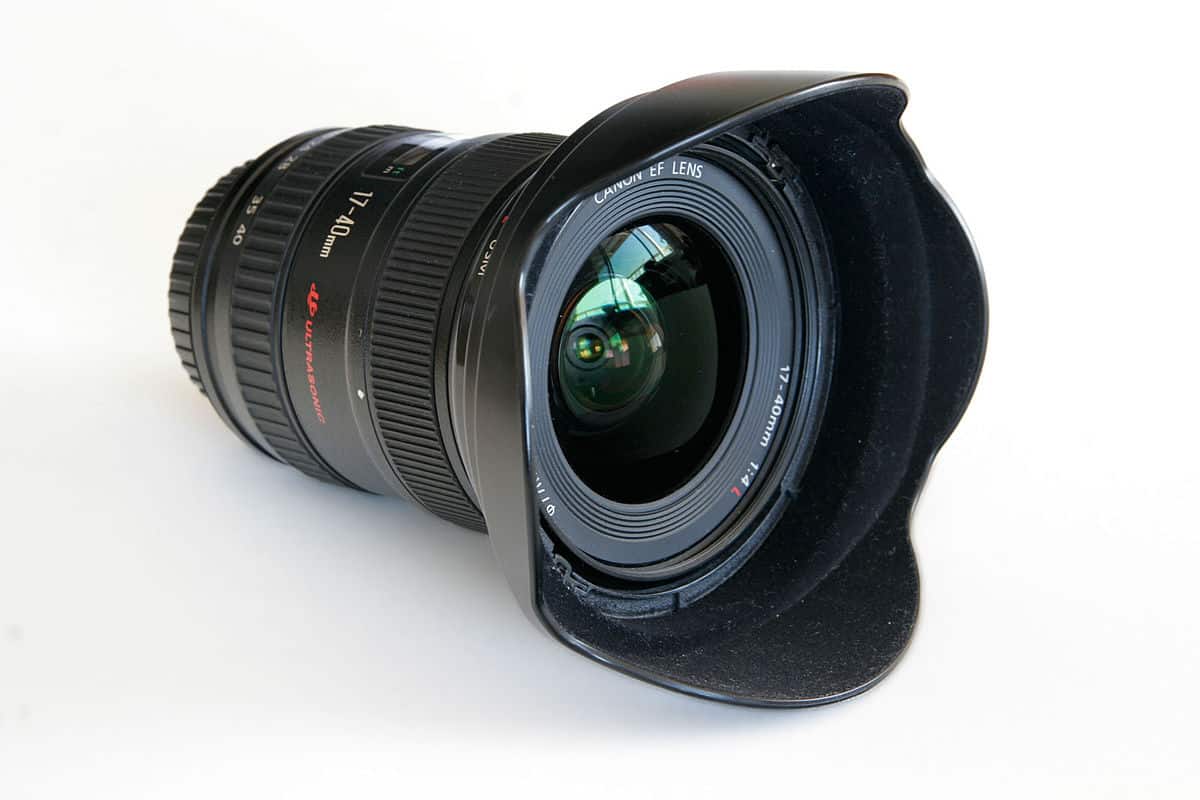 Wide angle lens
see also
source
Adapted from content published on wikipedia.org
Last modified on June 3, 2019, 10:20 am
previous
next
Videocide.com is a service provided by Codecide, a company located in Chicago, IL USA.