A general term for film presentation in which a film is shown in an aspect ratio of greater than 1.85 to 1 (16:9 on computer monitors.)

Widescreen images are images that are displayed within a set of aspect ratios (relationship of image width to height) used in film, television and computer screens. In film, a widescreen film is any film image with a width-to-height aspect ratio greater than the standard 1.37:1 Academy aspect ratio provided by 35mm film.

For television, the original screen ratio for broadcasts was in fullscreen 4:3 (1.33:1). Largely between the 1990s and early 2000s, at varying paces in different nations, 16:9 (1.78:1) widescreen TV displays came into increasingly common use. They are typically used in conjunction with high-definition television (HDTV) receivers, or Standard-Definition (SD) DVD players and other digital television sources.

Masked (or flat) widescreen was introduced in April 1953. The negative is shot exposing the Academy ratio using spherical lenses, but the top and bottom of the picture are hidden or masked off by a metal aperture plate, cut to specifications of the theater's screen, in the projector. Alternatively, a hard matte in the printing or shooting stages may be used to mask off those areas while filming for composition purposes, but an aperture plate is still used to block off the appropriate areas in the theater. A detriment is that the film grain size is thus increased because only part of the image is being expanded to full height. Films are designed to be shown in cinemas in masked widescreen format but the full unmasked frame is sometimes used for television. In such an instance, a photographer will compose for widescreen, but "protect" the full image from things such as microphones and other filming equipment. Standardized "flat wide screen" ratios are 1.66:1, 1.75:1, 1.85:1, and 2:1. 1.85:1 has become the predominant aspect ratio for the format.

35mm anamorphic – This type of widescreen is used for CinemaScope, Panavision, and several other equivalent processes. The film is essentially shot "squeezed", so that the actors appear vertically elongated on the actual film. A special lens inside the projector unsqueezes the image so that it will appear normal. Films shot in CinemaScope or Panavision are usually projected at a 2.39:1 aspect ratio, though the historical aspect ratio can be 2.55:1 (original 4-track magnetic sound aspect ratio) or 2.35:1 (original mono optical sound aspect ratio). The negative is usually 2.66:1 or, in rare cases, 2.55:1 or 2.35:1. The sole purpose of the change to 2.39:1 and, later, to 2.40:1, was to better hide so-called "negative assembly" splices (splices employed in the composited camera negative. This was not a production change, rather it was a recommended projection change.)

A Chilean film, Post Mortem, used anamorphic lenses with 16mm film, to be projected at an ultra-widescreen 2.66:1 for a unique look.

Super gauges – The full negative frame, including the area traditionally reserved for the sound track, is filmed using a wider gate. The print is then shrunk and/or cropped in order to fit it back onto release prints. The aspect ratio for Super 35, for example, can be set to virtually any projection standard.

Large gauge – A 70mm film frame is not only twice as wide as a standard frame but also has greater height. Shooting and projecting a film in 70mm therefore gives more than four times the image area of non-anamorphic 35mm film with no loss of quality. Few major dramatic narrative films have been filmed entirely on this format since the 1970s; the three most recent are Kenneth Branagh's Hamlet, Paul Thomas Anderson's The Master and Quentin Tarantino's The Hateful Eight. For many years, large budget pictures shot anamorphically used reserve stocks of 70mm film for SFX shots involving CGI or blue-screen compositing as the anamorphic format creates problems with said effects. It has also been used to sometimes strike 70mm blow-up prints for "roadshow" tours in select cities from the 35mm camera negative in order to capitalize on the extra sound channels provided. The introduction of digital sound systems and diminishing number of installed 70mm projectors has made a 70mm release largely obsolete. However, blowups from 35mm formats to IMAX has recently become popular for a limited number of blockbuster films.

Paramount's VistaVision was a larger gauge precursor to 70mm film. Introduced in 1954, it ran standard 35mm film through the camera horizontally to achieve a widescreen effect using greater negative area, in order to create a finer-grained four-perforation 35mm prints in an era where standard monopack stock could not produce finer results. Negative frames were eight perforations wide. Eight-perf photography is sometimes used for shooting special effects in order to produce a finer grained matte that can be used in optical printing without image degradation, and is notable for its use in Lucasfilm's original three Star Wars films, among others. Another similar system with horizontal orientation was MGM's Arnoldscope.

Multiple lens camera/multiple projectors – The Cinerama system originally involved shooting with three lens camera, and projecting the three resulting films on a curved screen with three synchronized projectors, resulting in an ultrawide aspect ratio of 2.89. Later Cinerama movies were shot in 70mm anamorphic (see below), and the resultant widescreen image was divided into three by optical printers to produce the final threefold prints.

The technical drawbacks of Cinerama are discussed in its own article. Only two narrative feature films, The Wonderful World of the Brothers Grimm and How the West Was Won, were filmed in three-camera Cinerama, and several sequences from the latter were actually filmed in Ultra-Panavision. With the exception of a few films created sporadically for use in specialty Cinerama theaters, the format is essentially dead.

A non-Cinerama, three-projector process was famously pioneered for the final reel of Abel Gance's epic film Napoléon (1927) The process, called Polyvision by Gance, consisted of three 1.33 images side by side, so that the total aspect ratio of the image is 4:1. The technical difficulties in mounting a full screening of the film, however, make most theaters unwilling or unable to show it in this format.

Between 1956 and 1957, the Soviets developed Kinopanorama, which is identical in most respects to the original three-camera Cinerama.

Anamorphic 70mm – 70mm with anamorphic lenses, popularly known as "Ultra Panavision" or "MGM Camera 65", creates an even wider high-quality picture. This camera process was most famously used in the 1959 version of "Ben-Hur", resulting in an aspect ratio of 2.76:1, one of the widest projected images ever used for a feature film. 70mm anamorphic was not commonly used, due to the very high production costs, although it was favored for epic films such as Ben-Hur in order to capture wide panoramic landscapes and high-budget scenes with thousands of extras and enormous sets. This system is obsolete, despite its ease in setting up. 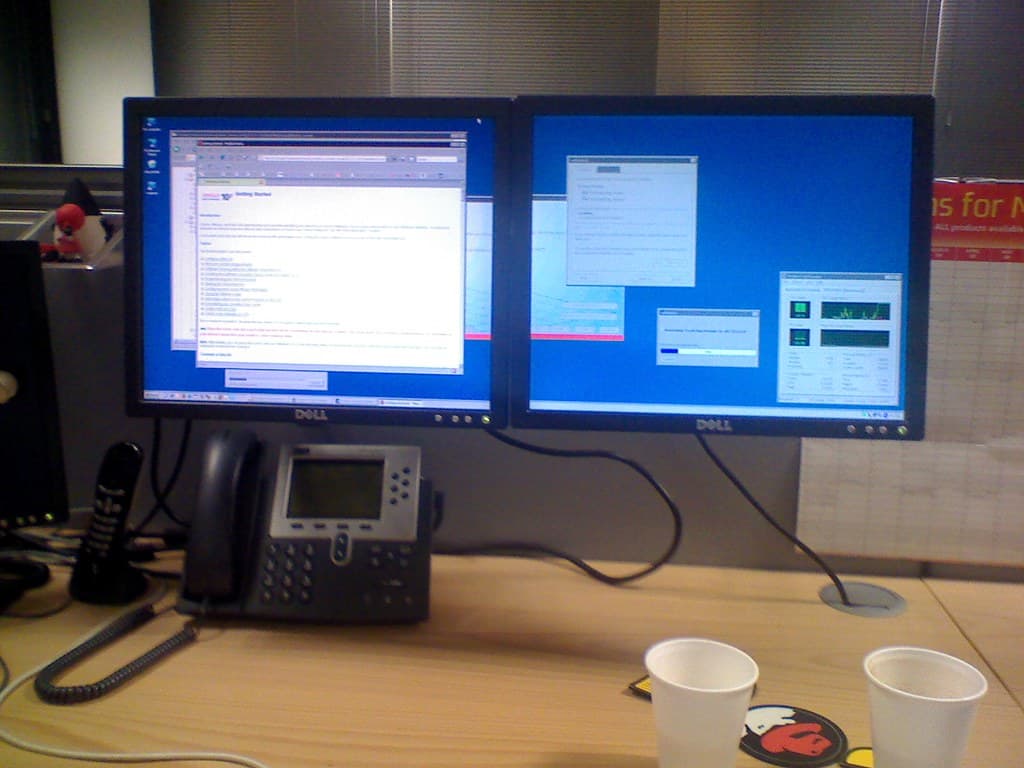 Widescreen
see also
source
Adapted from content published on wikipedia.org
Last modified on July 24, 2019, 5:28 am
previous
next
Videocide.com is a service provided by Codecide, a company located in Chicago, IL USA.