Copy of a master videotape used for edit planning and rough cut without excessively wearing or otherwise jeopardizing safekeeping of original material.

A workprint is a rough version of a motion picture, used by the film editor(s) during the editing process. Such copies generally contain the original recorded sound that will later be re-dubbed, stock footage as placeholders for missing shots or special effects, and animation tests for in-production animated shots or sequences.

For most of the first century of filmmaking, workprints were done using second-generation prints from the original camera negatives. After the editor and director approved of the final edit of the workprint, the same edits were made to the negative. With the conversion to digital editing, workprints are now generally created on a non-linear editing system using telecined footage from the original film or video sources (in contrast to a pirate "telecine", which is made with a much higher-generation film print). Occasionally, early digital workprints of films have been bootlegged and made available on the Internet. They appear sometimes months in advance of an official release.

There are also directors cut versions of films that are only available on bootleg; for example, the workprint version of Richard Williams' The Thief and the Cobbler. Although movie studios generally do not make full-length workprints readily available to the public, there are exceptions; examples include the "Work-In-Progress" version of Beauty and the Beast, and the Denver/Dallas pre-release version of Blade Runner. Deleted scenes or bonus footage included on DVD releases are sometimes left in the workprint format as well, e.g. the Scrubs DVD extras. A workprint as a source for a leaked television show is rather unusual, but it happened with the third season's first episode of Homeland a month before it aired. 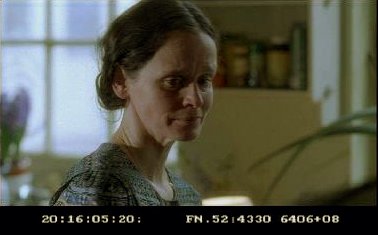