Abbas Kiarostami (22 June 1940 – 4 July 2016) was a legendary Iranian film director, screenwriter, poet, photographer, and |film producer|. He was active from 1970 and had been involved with the production of over 40 films, including shorts and documentaries.

Kiarostami attained critical acclaim for directing the Koker trilogy (1987–1994), Close-Up (1990), The Wind Will Carry Us (1999), and Taste of Cherry (1997), which was awarded the Palme d'Or at the Cannes Film Festival that year. In later works, Certified Copy (2010) and Like Someone in Love (2012), he filmed for the first time outside Iran: in Italy and Japan, respectively. His films Where Is the Friend’s Home?, Close-Up, and The Wind Will Carry Us were ranked among the 100 best foreign films in a 2018 critics' poll by BBC Culture. Close-Up was also ranked one of the 50 greatest movies of all time in the famous decennial Sight & Sound poll conducted in 2012.

Kiarostami had worked extensively as a screenwriter, film editor, art director, and producer and had designed credit titles and publicity material. He was also a poet, photographer, painter, illustrator, and graphic designer. He was part of a generation of filmmakers in the Iranian New Wave, a Persian cinema movement that started in the late 1960s and includes pioneering directors such as Bahram Beyzai, Nasser Taghvai, Ali Hatami, Masoud Kimiai, Dariush Mehrjui, Sohrab Shahid-Saless, and Parviz Kimiavi. These filmmakers share many common techniques including the use of poetic dialogue and allegorical storytelling dealing with political and philosophical issues.

Kiarostami had a reputation for using child protagonists, for documentary-style narrative films, for stories that take place in rural villages, and for conversations that unfold inside cars, using stationary mounted cameras. He is also known for his use of Persian poetry in the dialogue, titles, and themes of his films. Kiarostami's films contain a notable degree of ambiguity, an unusual mixture of simplicity and complexity, and often a mix of fictional and documentary elements. The concepts of change and continuity, in addition to the themes of life and death, play a major role in Kiarostami's works. 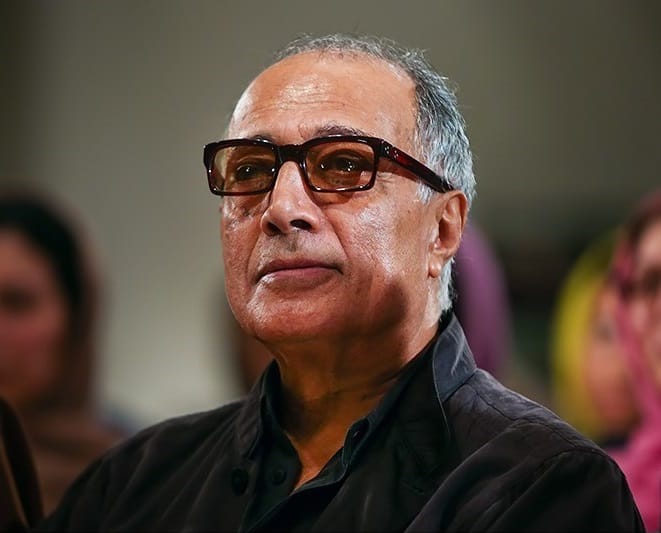