Abrar Alvi was a famous Indian film director, writer, and actor. He worked with Guru Dutt in the 1950s and 1960s to create such movies as Sahib Bibi Aur Ghulam, Kaagaz Ke Phool, and Pyaasa. He is also associated with direction and acting. He won the Filmfare Best Director Award for the film Sahib Bibi Aur Ghulam (1962), which received the 10th National Film Awards (1962) for Best Feature Film. These movies still have a following. Pyaasa is included in the All-Time 100 Movies by Time. 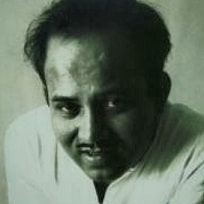