An organization dedicated to the preservation, restoration, documentation, exhibition and study of motion pictures.

Located in Hollywood, California at the Pickford Center for Motion Picture Study, the Archive has a diverse range of moving image material. The Archive's collection comprises 107,000 titles and 230,000 separate items, including early American cinema, a vast collection of documentary films, filmed and taped interviews, amateur and private home movies of Hollywood legends, makeup, and sound test reels, and a wide selection of experimental film, as well as Academy Award-winning films, Academy Award-nominated films, and a complete collection of every Academy Awards, show since 1949.

Since acquiring the Packard Humanities Institute Collection, the Archive has the world's largest known trailer collection. The Archive is also concerned with the preservation and restoration of films, as well as new technologies and methods of preservation, restoring over 1100 titles of historical and artistic importance.

The Archive offers access to its collections to researchers and scholars. Based on availability, preservation status, and condition of the materials, visitors may visit the Pickford Center for Motion Picture Study to arrange appointments through the Access Center. Additionally, the Academy Film Archive lends prints to non-profit institutions for screenings.

In some circumstances, the Archive may be able to make collection materials available for licensing. 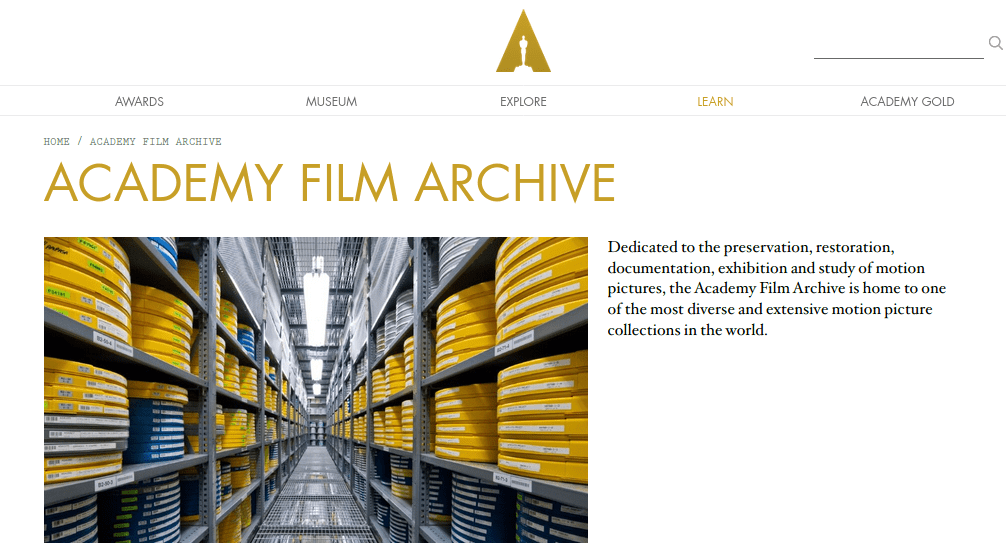