In 2011 he won the Goya Award for Best Director for Pa Negre (Black Bread). The film was selected as the Spanish entry for the Best Foreign Language Film at the 84th Academy Awards, but it did not make the final shortlist.

Agustí Villaronga was born on 4 March 1953 in Palma, his grandparents had been itinerant puppeteers and his father was a child of the Spanish Civil War, a fact that would resurface repeatedly in the director's filmography. Since childhood, his father encouraged his love for films and from early in his life he wanted to become a film director. He worked as an actor and made some shorts.

Villaronga made his directorial debut in 1986 with the film Tras el cristal, which was selected by the Berlin film festival receiving critical praise and many awards. The plot follows a former Nazi doctor, now paralyzed and depending on an iron lung to live, who begins to be taken care of by a young man, one of the children he abused during the war. Tras el cristal already shows some of the key elements in Villaronga's filmography: a disturbed childhood marked by violence an early discovery of sexuality.

His second film, El niño de la Luna (1989), is about a child who goes to Africa to join a tribe awaiting the arrival of white child God. In 1992 he made a documentary, Al Andaluz, produced by Segetel and the MoMa of New York City. For some years Villaronga tried unsuccessfully to find financing to adapt a novel by Mercè Rodoreda, Muerte en Primavera. Instead, he had to take some commission works. One of these was El pasajero clandestino, a made-for television project that lacked the personal characteristics of his filmography.

Called by actress María Barranco, Villaronga directed 99.99 a horror film more in synch with his themes, and that won some awards in festivals specialized in fantastic cinema. In 2000, Villaronga came back with a project of his own: El mar, a story set in Mallorca about three former childhood friends, traumatized by the violence they experienced during the Spanish civil war, that are reunited ten years later as young adults in a sanitary of tubercular patiences. The key elements in Villaronga's filmography are present in this story: childhood, sexual awakening, homosexuality, and violence.

In 2002, Villaronga co-directed with Lydia Zimmermann and Isaac Pierre Racine the film En la mente del asesino. In 2005 he directed a |music video| for French superstar Mylène Farmer's song Fuck Them All. In 2007 he made Después de la Lluvia, a made for television project adapting a stage play. It was only until 2010 with Pa Negre, when Villaronga finally achieved wider appeal. This film, winner of nine Goya Awards including best film and best director, tells the story of an eleven-year-old boy who grows up in the harsh period of the aftermath of the Spanish Civil War in Catalonia's countryside discovers the world of lies around him.

Villaronga followed Pá negre's success with A Letter to Evita, a TV miniseries co-produced by TV3, which recounts a real episode in the life of Eva Perón while visiting Spain in the late 1940s. 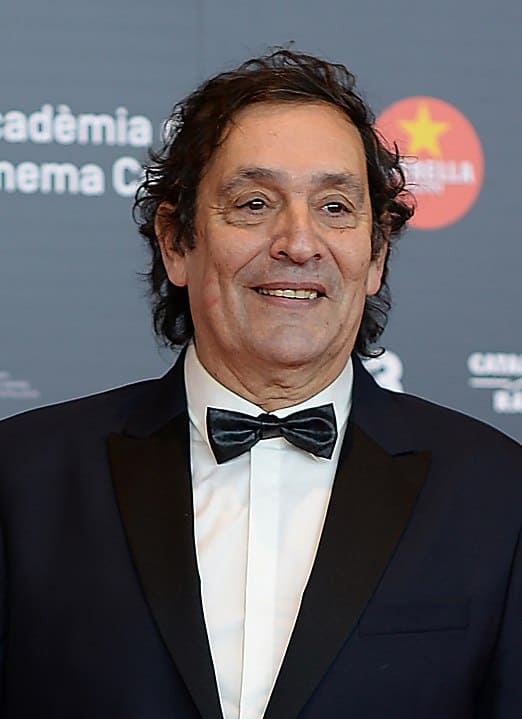