Alain Tanner is a Swiss film director. He graduated from the University of Geneva, where he studied economics. He worked briefly for international shipping companies before becoming inspired to become a filmmaker. In 1951, he joined the film club which Claude Goretta had recently established at the university.

Tanner found work at the British Film Institute in 1955, subtitling, translating, and organizing the archive. His first film, Nice Time (1957), a short documentary film about Piccadilly Circus during weekend evenings, was made with Claude Goretta. Produced by the British Film Institute Experimental Film Fund, it was first shown as part of the third Free Cinema program at the National Film Theatre in May 1957. The debut film won a prize at the film festival in Venice and much critical praise.

Tanner went to France for a while where he assisted with several commercial films. There, he met some of the most important directors of the French New Wave in Paris as well as Henri Langlois, the director of the Cinémathèque Française. Some critics have found the influences of Jean-Luc Godard and Robert Bresson in his films. But the atmosphere in the film circles of Paris displeased him; he described it as "cutthroat."

Between 1960 and 1968, Tanner returned to Switzerland, and he made more than 40 films as well as documentaries for French-language television there. In 1962, he became the co-founder of the Swiss young filmmakers' "Groupe Cinque."

His first feature film, Charles, Dead or Alive (1969), won the first prize at the international film festival in Locarno. His next two films, La Salamandre (1971) and Jonah Who Will Be 25 in the Year 2000 (1976), were made in close collaboration with the art critic and novelist John Berger, who had also worked with him, to a lesser degree and without credit, on the writing of Charles.
1993

Influenced by his involvement with the British "Free Cinema" movement in London and with the French New Wave during his years in Paris, Tanner is best known for his movies Jonas qui aura 25 ans en l'an 2000 (Jonah Who Will Be 25 in the Year 2000), Dans la ville blanche (In the White City) and Messidor. Dans la ville blanche was entered into the 33rd Berlin International Film Festival. 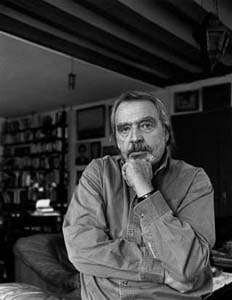