Alcatel-Lucent S.A. was a French global telecommunications equipment company, headquartered in Boulogne-Billancourt, France. It was formed in 2006 by the merger of France-based Alcatel and U.S.-based Lucent, the latter being the successor of AT&T's Western Electric.

On 3 November 2016, Nokia completed the acquisition of the company, and it was merged into their Nokia Networks division. Bell Labs was still maintained as an independent subsidiary of Nokia. The Alcatel-Lucent brand has been replaced by Nokia, but it still survives under Alcatel-Lucent Enterprise (ALE), the enterprise division of Alcatel-Lucent that was sold to China Huaxin in 2014.

Alcatel-Lucent was formed when Alcatel (originally short for the Société Alsacienne de Constructions Atomiques, de Télécommunications et d'Électronique, a small company in Mulhouse absorbed by CGE in 1966) merged with Lucent Technologies on 1 December 2006. However, the predecessors of the company have been a part of the telecommunications industry since the late 19th century. The company has roots in two early telecommunications companies: La Compagnie Générale d'Electricité (CGE) and the Western Electric Manufacturing Company.

Western Electric began in 1869 when Elisha Gray and Enos N. Barton started a manufacturing firm based in Cleveland, Ohio, US. By 1880, the company had relocated to Chicago, Illinois, and become the largest electrical manufacturing company in the United States. In 1881, the American Bell Telephone Company, founded by Alexander Graham Bell and forerunner of American Telephone & Telegraph (AT&T), purchased a controlling interest in Western Electric and made it the exclusive developer and manufacturer of equipment for the Bell telephone companies.

CGE was formed in 1898 by French engineer Pierre Azaria in the Alsace region of what was then Germany and was a conglomerate involved in industries such as electricity, transportation, electronics, and telecommunications. CGE would become a leader in digital communications and would also be known for building the TGV (train à grande vitesse) high-speed trains in France.

Bell Telephone Laboratories was created in 1925 from the consolidation of the R&D organizations of Western Electric and AT&T. Bell Labs would make significant scientific advances including the transistor, the laser, the solar cell, the |digital signal| processor chip, the Unix operating system and the cellular concept of mobile telephone service. Bell Labs researchers have won 7 Nobel Prizes.

AT&T re-entered the European telecommunications market in 1984 following the Bell System divestiture. Philips promoted the venture in part because its PRX public switching technology was aging and it sought a partner to help fund the development costs of digital switching. The joint company used the existing manufacturing and development facilities in The Hague, Hilversum, Brussels, and Malmesbury as well as its U.S. resources to adapt the 5ESS system to the European market. The joint venture company AT&T & Philips Telecommunications BV doubled annual turnover between 1984 and 1987, winning major switching and transmission contracts, mainly in the effectively captive Netherlands market. In 1987, AT&T increased its holding to 60% and in 1990 it purchased the remainder of Philips' holding.

In 1998, Alcatel Alsthom shifted its focus to the telecommunications industry, spinning off its Alsthom activities and changing the company's name to Alcatel. AT&T spun off Lucent Technologies in April 1996 with an initial public offering (IPO).

In April 2004, TCL Corporation and Alcatel announced the creation of a mobile phone manufacturing joint venture: Alcatel Mobile Phones. A year later Alcatel sold its share in the joint venture but licensed the Alcatel brand name to TCL, which continues to this day under Nokia.

On 5 April 2006, Alcatel announced that it would swap its shares of Alcatel Alenia Space and Telespazio for €673 million and a 12.1% stake in Thales, a key player in the French defense industry. This increased Alcatel's stake in Thales to 20.8%.

In October 2011, Alcatel-Lucent sold its Genesys call-center services business unit to Permira, a private equity group, for $1.5 billion—the same amount that Lucent had paid for the business in 2000. Alcatel-Lucent needed funding for the Franco-American business, which made annual losses from 2007 to 2011.

In April 2013, Michel Combes succeeded Verwaayen as CEO. On 19 June 2013, Combes announced "The Shift Plan", a three-year plan including refocusing the portfolio on IP networking, ultra-broadband access, and cloud; €1 billion in cost savings; selective asset sales intended to generate at least €1 billion over the period of the plan; and the restructuring of the group's debt.

On 1 October 2014, the company announced that it had closed the sale of its subsidiary Alcatel-Lucent Enterprise (ALE) to China Huaxin Post & Telecommunication Economy Development Center.

In 2014, the Italian labs for the management system for terrestrial networks (1350 OMS) and two families of equipment for fiber optic telecommunications—OMSN (Optical Multi-Service Node) and TSS (Transport Service Switch)—were transferred to a new dedicated company, SM Optics, a subsidiary of the Siae Microelettronica group.

On 15 April 2015, Finnish telecommunications firm Nokia announced its intent to purchase Alcatel-Lucent for €15.6 billion in an all-stock deal. The acquisition aimed to create a stronger competitor to the rival firms Ericsson and Huawei, whom Nokia and Alcatel-Lucent had surpassed in terms of total combined revenue in 2014. The acquisition was expected to be completed in early 2016 and was subject to regulatory and shareholder approval. Combes left in September and was replaced by Philippe Camus (who had been chairman of the board since 2008) as interim CEO. Regulatory approval was obtained in October 2015 and shareholder approval was announced on 4 January 2016. The Bell Labs division would be maintained but the Alcatel-Lucent brand would be replaced by Nokia.

On 14 January 2016, Alcatel-Lucent started operating as part of the Nokia Group. The sale to Nokia was finalized in November and the company was merged into Nokia Networks. 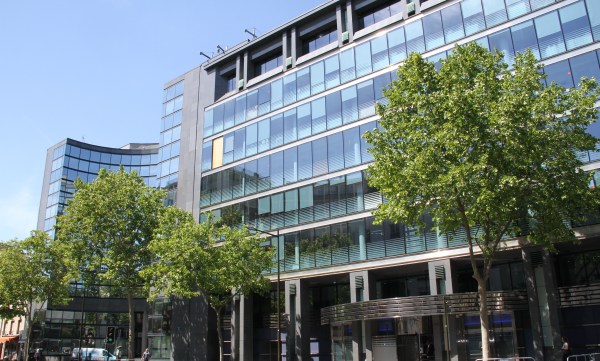 Alcatel-Lucent
see also
resources
source
Adapted from content published on wikipedia.org
credit
Last modified on May 2, 2021, 7:34 am
previous
next
Videocide.com is a service provided by Codecide, a company located in Chicago, IL USA.