Alexander Nikolayevich Sokurov, PAR (born 14 June 1951) is a Russian filmmaker. His most significant works include Russian Ark, filmed in a single unedited shot, and Faust, which was honored with the Golden Lion at the Venice Film Festival.

Sokurov was born in Podorvikha, Irkutsk Oblast, in Siberia, into a military officer's family. He graduated from the History Department of the Nizhny Novgorod University in 1974 and entered one of the VGIK studios the following year. There he became friends with Tarkovsky and was deeply influenced by his film Mirror. Most of Sokurov's early features were banned by Soviet authorities. During his early period, he produced numerous documentaries, including The Dialogues with Solzhenitsyn and reportage about Grigori Kozintsev's flat in St Petersburg. His film Mournful Unconcern was nominated for the Golden Bear at the 37th Berlin International Film Festival in 1987.

Mother and Son (1997) was his first internationally acclaimed feature film. It was entered into the 20th Moscow International Film Festival where it won the Special Silver St. George. It was mirrored by Father and Son (2003), which baffled the critics with its implicit homoeroticism (though Sokurov himself has criticized this particular interpretation). Susan Sontag included two Sokurov features among her ten favorite films of the 1990s, saying: "There’s no director active today whose films I admire as much." In 2006, he received the Master of Cinema Award of the International Filmfestival Mannheim-Heidelberg.

Sokurov is a Cannes Film Festival regular, with four of his movies having debuted there. However, until 2011, Sokurov didn't win top awards at major international festivals. For a long time, his most commercially and critically successful film was the semi-documentary Russian Ark (2002), acclaimed primarily for its visually hypnotic images and single unedited shot.

Sokurov has filmed a tetralogy exploring the corrupting effects of power. The first three installments were dedicated to prominent 20th-century rulers: Moloch (1999), about Hitler, Taurus (2001), about Lenin, and The Sun (2005) about Hirohito. In 2011, Sokurov shot the last part of the series, Faust, a retelling of Goethe's tragedy. The film, depicting instincts and schemes of Faust in his lust for power, premiered on 8 September 2011 in competition at the 68th Venice International Film Festival. The film won the Golden Lion, the highest award of the Venice Festival. Producer Andrey Sigle said about Faust: "The film has no particular relevance to contemporary events in the world—it is set in the early 19th century—but reflects Sokurov's enduring attempts to understand man and his inner forces."

The military world of the former USSR is one of Sokurov's ongoing interests, because of his personal connections to the subject and because the military marked the lives of a large part of the population of the USSR. Three of his works, Spiritual Voices: From the Diaries of a War, Confession, From the Commander’s Diary, and Soldier’s Dream revolve around military life. Confession has been screened at several independent film festivals, while the other two are virtually unknown.

In 1994 Sokurov accompanied Russian troops to a post on the Tajikistan-Afghanistan border. The result was Spiritual Voices: From the Diaries of a War, a 327-minute cinematic meditation on the war and the spirit of the Russian army. Landscape photography is featured in the film, but the music (including works by Mozart, Messiaen, and Beethoven) and the sound are also particularly important. Soldiers' jargon and the combination of animal sounds, sighs, and other location sounds in the fog and other visual effects give the film a phantasmagorical feel. The film brings together all the elements that characterize Sokurov's films: long takes, elaborate filming and image processing methods, a mix of documentary and fiction, the importance of the landscape, and the sense of a filmmaker who brings transcendence to everyday gestures.

On the journey from Russia to the border post, in the film, fear never leaves the faces of the young soldiers. Sokurov captures their physical toil and their mental desolation, as well as daily rituals such as meals, sharing tobacco, writing letters, and cleaning duties. There is no start or end to the dialogues; Sokurov negates conventional narrative structure. The final part of the film celebrates the arrival of the New Year, 1995, but the happiness is fleeting. The following day, everything remains the same: the endless waiting at a border post, the fear, and the desolation.

In Confession: From the Commander’s Diary, Sokurov films officers from the Russian Navy, showing the monotony and lack of freedom of their everyday lives. The dialogue allows us to follow the reflections of a Ship Commander. Sokurov and his crew went aboard a naval patrol ship headed for Kuvshinka, a naval base in the Murmansk region, in the Barents Sea. Confined within the limited space of a ship anchored in Arctic waters, the team filmed the sailors as they went about their routine activities.

Soldier's Dream is another Sokurov film that deals with military themes. It contains no dialogue. This film actually came out of the material edited for one of the scenes in part three of Spiritual Voices. Soldier's Dream was screened at the Oberhausen Film Festival in Germany in 1995 – when Spiritual Voices was still at the editing stage – as Sokurov's homage to the art critic and historian Hans Schlegel, in acknowledgment of his contributions in support of Eastern European filmmakers.

He suffers from severe eyesight problems.

During a December 2016 meeting of the Council for Culture and Arts Sokurov appealed to President Vladimir Putin to reconsider the verdict against filmmaker Oleh Sentsov (which Putin refused). 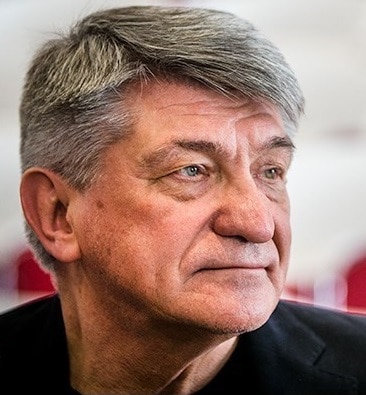