Alfonso Arau Incháustegui (1932-) is a Mexican actor and director.

The son of a physician, Arau was born in Mexico City. He directed the films Zapata: The Dream of a Hero, Like Water for Chocolate (adapted from the novel written by his ex-wife Laura Esquivel), A Walk in the Clouds with Keanu Reeves and Anthony Quinn, and the Hallmark Hall of Fame production A Painted House (adapted from the John Grisham novel of the same name). Among a plethora of roles in his career, Arau played "Captain Herrera", a lieutenant of Federal general "Mapache", in Sam Peckinpah's 1969 western The Wild Bunch, chief bandit "El Guapo" in Three Amigos (USA, 1986), a comedy with Martin Short, Steve Martin, and Chevy Chase, shady businessman Manuel in the comedy Used Cars (USA, 1980), and the smuggler "Juan" in Romancing the Stone (USA, 1984) starring Michael Douglas and Kathleen Turner. Arau appeared in the 1972 Mexican film El rincón de las vírgenes ("The Virgins' Corner"), where he played the assistant of a fake mystical doctor traveling from town to town, who reminisce about their travels, when a group of women decide to propose the doctor for sainthood. The movie was set in 1920s rural Mexico.

Arau has made many appearances as a character actor in American and TV series and plays. In the 1972 episode of Gunsmoke titled "Hidalgo", Arau portrayed the bandit "Mando" who shoots and wounds marshal Matt Dillon.

In 1973, Arau acted in and directed Calzónzin Inspector ("Cazonci" or "Caltzontzin" was the term used in the Purépecha culture, to name their emperors), a movie based on a character from the Mexican comic Los Supermachos of Rius, a cartoonist, who co-wrote the screenplay. The movie, which is influenced by Nikolai Gogol's The Government Inspector, centers around two Mexicans who are mistaken for government inspectors from Mexico City by the corrupt mayor of a small town. It is a humorous political critique, aimed squarely at the then ruling party Partido Revolucionario Institucional (PRI) and its paramilitary caciques, at a time when freedom of speech in politics was highly restricted. There are at least two versions of the movie, with one having some scenes deleted by State censors, the most notable of which depicts the killing of a renegade farmer by a police officer, who shoots the farmer in the back.

In December 2004, the Santa Fe Film Festival honored Alfonso Arau for his work in cinema.

In 2010 he directed the Italian-language film, The Trick in the Sheet.

In January 2011, he starred in Chad, Matt & Rob's "The Treasure Hunt: An Interactive Adventure."

In February 2017, it was alleged by Debra Messing that Arau belittled her for her appearance and body in her first film "A Walk in the Clouds". Arau later denied the allegation. 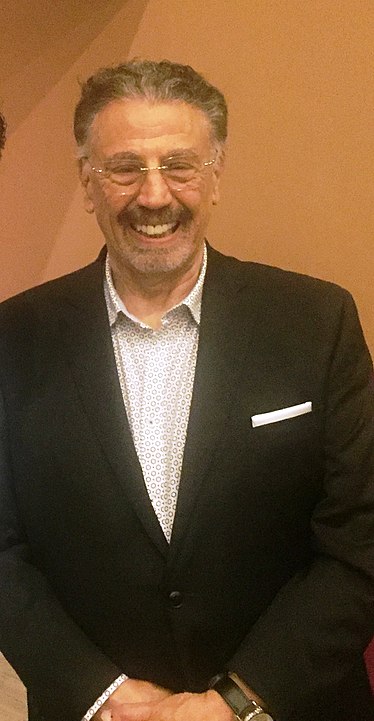 Alfonso Arau
resources
source
Adapted from content published on wikipedia.org
credit
Last modified on May 7, 2021, 6:11 pm
previous
next
Videocide.com is a service provided by Codecide, a company located in Chicago, IL USA.