Amat Escalante (born 28 February 1979) is a Mexican film or, producer and screenwriter. His works are well respected internationally and he has won many major awards including the Cannes Film Festival best director award for his film Heli, which was banned in 10 countries, and the Silver Lion at Venice International Film Festival for his 2016 movie The Untamed.

Escalante was incidentally born in Barcelona, Spain while his parents — a Mexican father and an American mother — had been living in Norway. He spent most of his early years in Guanajuato, Mexico, but moved to Spain in 2001 to study film editing and sound at the Center for Cinematographic Studies of Catalonia (Centre d'Estudis Cinematogràfics de Catalunya, CECC) and apply for Spanish citizenship; which he failed to secure.

After his stint in Barcelona, he joined the International School of Film and Television (EICTV) in Havana, Cuba an institution founded by Nobel prize-winner Gabriel García Márquez, Fernando Birri, and the Julio García Espinosa "to support the development of national audio-visual industries" in non-aligned countries. Back in Mexico, he directed a short film (Amarrados, 2002) that received an award at the 2003 Berlin International Film Festival.

He worked as an assistant of Carlos Reygadas in Batalla en el cielo (2005), which entered the 2005 Cannes Film Festival. During the filming of the movie, both became close friends, and Reygadas ended up co-producing some of Escalante's first films. One of those films, Sangre (2005), filmed in November 2004 with a budget of US$60,000, was included in Un Certain Regard (a section of the same festival) and in both Rotterdam and San Sebastián.

His film Heli was selected to compete for the Palme d'Or at the 2013 Cannes Film Festival and was awarded the prize for Best Director by a jury presided by U.S. film director Steven Spielberg. Escalante won the Silver Lion for Best Direction for his film.

In 2016, his film The Untamed was selected to compete in the 73rd Venice International Film Festival. 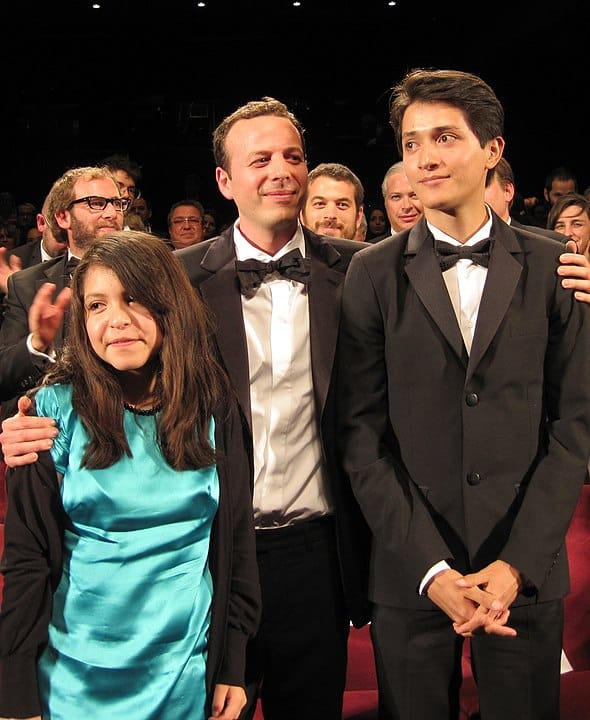